Addressing a press conference here on Saturday, Mr. Satyanarayana said that Chief Minister Y.S. Jagan Mohan Reddy had already written a letter to the Prime Minister urging him to review the Centre’s decision. He said that YSRCP was aware that thousands of people were directly or indirectly dependent on the steel plant. The VSP was achieved after prolonged agitations by the locals and people of the State. More than 30 persons had laid down their lives. About 25,000 farmers had parted with their lands and more than 60 villages were shifted for setting up of the steel plant, he said.

“The Centre must form a committee and take steps to bring back the PSU into profits. It is unfortunate that the Centre took the decision to privatise the VSP,” he said.

Mr. Satyanarayana said that if required he would also take members of trade unions from the VSP to meet the Union Minister of Steel Dharmendra Pradhan in this regard.

Referring to TDP MLA Ganta Srinivasa Rao’s resignation, Mr. Satyanarayana said that resigning or being in power was not the issue. The point was how to make the Centre withdraw its decision.

“I was the first to talk on resigning as MP, if the VSP is privatised. I stand by that decision. I would put all efforts to ensure VSP does not go into private hands,” he said. The MP also said that the he would go for protests, hunger strike and whatever it takes to prevent privatisation of the steel plant.

INTUC leader Mantri Rajasekhar and a few other leaders from workers unions were present. ECoR to ply special train from Vizag to Lingampalli 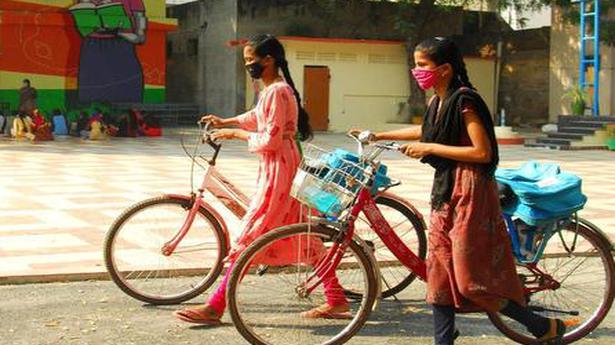 Nellore registers zero deaths for fourth day in a row