Last week, the MCH authorities wrongly notified the family of a man from Bharanikavu, admitted to the Intensive Care Unit (ICU) of the hospital with COVID-19, that he had died. It also handed over the body of a person who died of COVID-19 to another family. Following the goof-ups, the Health Minister directed Additional Chief Secretary (Health) Asha Thomas to conduct an inquiry.

Speaking to reporters after the meeting attended by people’s representatives, MCH and Health Department officials, Ms. George said that necessary action would be taken after receiving the probe report.

The Minister said a mechanism would be put in place to inform COVID-19 deaths at the MCH to the next of kin without delay.

On September 10, a person named Ramanan, 72, of Krishnapuram, succumbed to COVID-19 at the MCH. The hospital authorities intimated his relatives about his death, but also incorrectly informed the family of a person from Bharanikavu, undergoing treatment for COVID-19 at the ICU, with the same name.

The relatives of Ramanan from Bharanikavu reached the hospital on Saturday morning to receive the body and cremate it, only to find that he is alive.

The MCH authorities had mistakenly handed over Ramanan’s body to another family.

According to sources, both Ramanan and Kumaran, the latter from Cherthala, died at the MCH on September 10. Kumaran’s family was wrongly given the body of Ramanan.

When Ramanan’s relatives reached the hospital to receive the body, it was nowhere to be seen. After being informed about the mix-up, the relatives of Kumaran brought Ramanan’s body back to the MCH on Friday night and returned with Kumaran’s body. Ramanan’s body was later handed over to his relatives.

Last month, the MCH authorities failed to inform relatives about the death of two patients. 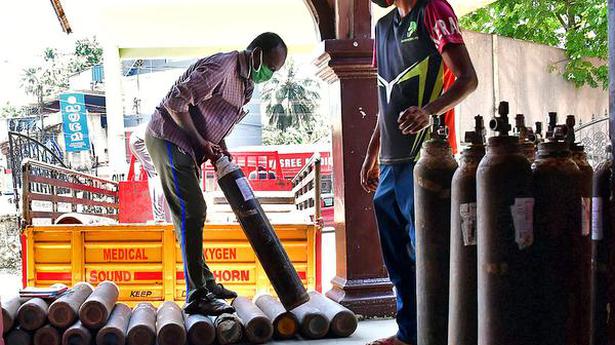 MPs take up issue of free treatment of infants under RBSK