While coal-based energy continues to be the primary source of Tamil Nadu’s electricity requirements, the fragile state of finances of power generation units and the global push towards clean energy sources will eventually force a reckoning of sorts in the energy industry, say experts

With the world prioritising clean and perennial energy sources over fossil fuels, is Tamil Nadu ready to maximise gains from non-conventional energy sources? From its reliance on conventional sources, which totals over 16,000 MW, is the State prepared for a future where energy sources, including solar and wind, might have bigger play, especially given Tamil Nadu’s current fiscal position and the impact of the lockdown on account of the COVID-19 pandemic.

The Tamil Nadu Generation and Distribution Corporation Limited (Tangedco) had a debt of ₹1,13,438 crore as of March 2019 and a net loss of ₹12,623 crore in the financial year 2019. When the impact from COVID-19 is factored in, the losses and debts are expected to increase further.

A plain reading of these numbers indicates that the financial position is not sustainable and needs a fix, especially because the State government’s fiscal position is also constrained.

A recipe for recovery

In this backdrop, a recent report has suggested a slew of measures that could result in potential savings of up to ₹58,000 crore for the State power utility in five years. The report, titled Tangedco’s Recipe for Recovery, was prepared by Bengaluru-based Climate Risk Horizons, a non-profit agency. According to the report, getting Tangedco on sound financial ground is critical for the State’s energy transition and economic recovery plans.

Ashish Fernandes and Harshit Sharma, the authors of the report, pointed out that if the State shuts down coal plants that are 20 years or older, it could save ₹1,670 crore in terms of avoided retrofit costs.

The coal plants that the report suggested could be shut down include the thermal power stations at Thoothukudi, Mettur and north Chennai, in addition to phasing out power purchase from the Central sector NLC India Limited. These plants account for a capacity of 3,150 MW.

The report further suggested replacing the 3,150 MW of coal power capacity with new renewable energy sources or from the power exchange at an average cost of ₹3 per unit, which would result in net savings of at least ₹1,459 crore per annum, based on current tariffs. Since coal power tariffs tend to escalate annually, the actual savings over a five-year tariff period would be over ₹7,295 crore, it noted.

G. Sundarrajan, environmental activist and founder, Poovulagin Nanbargal, which was also part of the study, said given the issues surrounding climate change and the negative financial position of the State, the recommendations of this report should be seriously looked into.

Climate Risk Horizons pointed out that about 7,385 MW coal power projects were proposed to be set up in the State, of which 3,145 MW were in advanced stages and likely to come up in the next year.

However, it said coal projects with a capacity of 3,580 MW were at an early stage of development and halting them could result in savings of ₹26,514 crore. These projects include the expansion of the Ennore thermal project, and the Uppur and the Udangudi projects.

Another solution suggested by the report was gradually replacing all thermal power, which cost over ₹4 per unit, with renewable energy at or below ₹3 per unit. This could result in potential annual savings of ₹6,097 crore, which could translate into savings of about ₹30,000 crore in five years in terms of reduction in power purchase cost, based on tariffs at current levels.

The authors also pointed out that the Central Electricity Authority, under the Union Ministry of Power, had forecast Tamil Nadu’s peak demand to be at 16,800 MW for 2020-21, which was significantly lower than the 18,841 MW projected by Tangedco before the Tamil Nadu Electricity Regulatory Commission (TNERC) in 2016.

“While it is too early to tell how long lasting the impact of the COVID-19 slowdown on electricity demand will be, even if we assume energy demand growth returns to pre-COVID levels, the State will need 18,908 MW by FY 2025,” the report said.

The authors also dismissed the need for grid balancing, which is usually put forth as the argument against the replacement of old coal plants with renewable energy.

“Tamil Nadu’s coal fleet has significant unutilised capacities that can be called upon if the need arises. There are similar unutilised capacities in the neighbouring States as well. This provides Tamil Nadu with the chance to retire older, less efficient and more polluting power plants. Given the significant surplus generation capacity in the system, keeping inefficient plants in service is not an optimal way to ensure grid stability,” it added.

The report also pointed out that the projected additional demand could be met through a combination of solutions, which could also address apprehensions about having enough firm power to meet peak demand.

These solutions include ensuring higher utilisation levels of coal plants run by the State, the Central government and the private sector, the easiest short-term solution to meet peak demands.

For a long term solution, the report suggested ensuring a supportive policy and investment environment for renewable energy to grow, including storage technology.

“This is essential as renewable energy will be at significantly lower rates than existing coal power so long as there is a clear offtake agreement with Tangedco. Increased power purchase from the open market is a third option that is already in use, given the progress made on grid integration,” it noted.

Climate Risk Horizons pointed out that even at a conservative ₹3 per unit, renewable energy was cheaper than a large segment of existing coal power generation and at 40%-50% of the cost of a new coal power plant.

Recent bids for a round the clock renewable energy (with storage) saw a combined tariff of ₹3.619 — below a significant proportion of the existing coal generation, it noted.

Are these viable solutions?

Subrahmanyam Pulipaka, chief executive officer, National Solar Energy Federation of India, said with the solar tariff technically falling below ₹2 per unit and solar with storage capacity achieving parity with coal in India and globally, the push towards renewables was the writing on the wall.

Today, there are countries that used renewables only to meet base demand by augmenting their capacity. Looking from that angle, the notion of renewable energy not able to meet peak load was a thing of the past and a misconception now, Mr. Pulipaka said.

However, he said the health of distribution companies and having a robust infrastructure in place would decide the success of the push towards renewables in the future.

Tim Buckley, director of Energy Finance Studies, South Asia, Institute for Energy Economics and Financial Analysis (IEEFA), a U.S.-based institute that studies issues related to energy across markets, said Tamil Nadu’s thermal coal requirements were imported either from the northeast or from overseas, and the logistics were very expensive. International coal prices had also risen 80% in the last six months, he added.

Rather than spending scarce capital on completing the construction of new import coal-fired power plants and retrofitting the old ones, it was important for the State to look at low-cost renewable energy, including repowering old wind farms and metered solar energy generation with storage, he said. TNERC had recently approved a procedure to be adopted by Tangedco for repowering wind farms.

Ashok Khurana, director general, Association of Power Producers, said it was up to the leaders of the State utility to decide on the recommendations of the report.

“The responsibility of the utility is to ensure 24/7 quality power supply. So, a decision has to be taken after considering the future power demand situation and whether renewable energy can cater to that demand,” he said.

The executive of a private thermal power producer said the suggestions of the report were good in theory.

“While it might look like solar and wind are now cheaper than coal, they are infirm by nature. There is a big question mark as to whether they would be able to meet the base load requirements,” he added.

The executive also pointed out that the power demand across the country had crashed due to the lockdown, but it had quickly rebounded to pre-COVID levels, which no one expected. All these unforeseen factors needed to be taken into account, he said.

A senior official from Tangedco said the key issue was meeting the peak power demand.

Batteries to store heavy quantities of renewable energy were at a nascent stage and also highly cost prohibitive. Unless the storage cost of renewable energy comes down and large levels of storage becomes available commercially, Tangedco would have to depend on thermal plants, the official added.

“Thermal plants are the base on which the entire electricity grid functions. Though renewable energy is being hailed as the future clean energy and cost-effective, TNERC has mandated that we have more than 50% of our energy capacity in the form of thermal plants,” he added.

The official pointed out that since the renewable sources are not available to meet peak demands, the cost comparisons with coal may not be accurate.

There is a consensus that Tangedco’s deepening financial situation should be addressed. Moreover, the situation of distribution companies in multiple States are in a bad shape.

“We do not see a single silver bullet. There needs to be a political will to address the systemic problems that have built up over decades. Cross subsidies [in order to provide electricity below cost to the vast part of the population, including the agriculture sector and the urban poor] are a politically-driven agenda, but one that makes the discom’s fate inevitable,” Mr. Buckley said.

Many sections already feel that a hike in power tariff is inevitable for Tangedco’s transition to profit. This would be a politically sensitive decision for the new government to take this year, along with other measures like the ones suggested in the report. 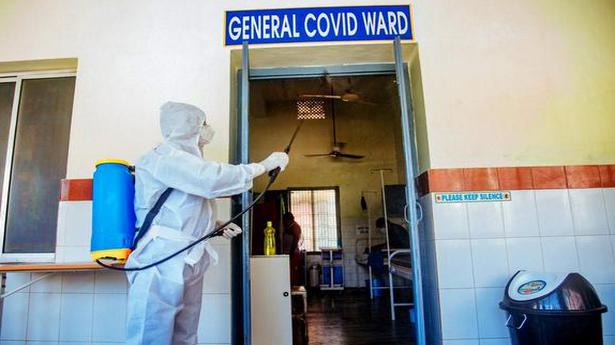