It could be a pot shot at the State Cong. leadership and a message that he could still be the boss

It could be sheer organisational dynamics, with Assembly polls round the corner, that may have forced Leader of the Opposition Ramesh Chennithala to make a U-turn on his remark about Congress leader and Kannur MP K. Sudhakaran for the latter’s alleged caste slur at Chief Minister Pinarayi Vijayan.

Defending Mr. Sudhakaran, Mr. Chennithala said the working president of the Kerala Pradesh Congress Committee had only pointed out the extravagance of the Chief Minister when he allegedly made the “unsavoury” remark on Mr. Vijayan.

Mr. Sudhakaran, however, was defiant, strongly justifying his comment on Mr. Vijayan. While doing so, he pinned blames on Alappuzha legislator and All India Congress Committee (AICC) member Shanimol Usman, a protege of Mr. Chennithala, who had flayed Mr. Sudhakaran in her Facebook post. He responded to Ms. Usman’s post even as Tariq Anwar, AICC general secretary in-charge of Kerala, said Mr. Sudhakaran’s comment would be examined.

According to political insiders, the comment of Mr. Sudhakaran has more to it than meets the eye. While apparently taking on the ruling CPI(M)-led Left Democratic Front, his hidden target probably was the Congress State leadership. And now, with the issue triggering debates in the State’s political spectrum, his twin objectives seem to have been achieved.

Mr. Sudhakaran probably knew the caste aspersion would not boomerang on him, as he also belonged to the same community—Thiyya—as the Chief Minister. Mr. Sudhakaran has sent a faint message to the Central leadership that he could still navigate the organisational apparatus with support from affiliates of the party, especially the youth.

With polarisation in the Congress rising, Mr. Sudhakaran’s comment could be seen more as an opportunity he took to strike, especially after the Central leadership put its foot down on his aspiration to run for the Assembly polls. He has deftly used the organisational ecosystem to generate a discussion, well to his own benefit to return to State politics. 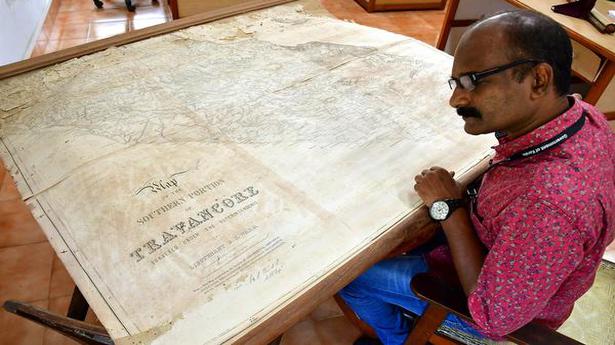