Supporting the demand for the establishment of a youth empowerment corporation, Razak Ustaad, an educationist, expressed dissatisfaction over what he called negligence of the successive governments in addressing youth issues.

Speaking at a conference on youth rights at Shivasharana Haralaiah Samskritika Bhavan in Kalaburagi on Saturday, Dr. Ustaad said that no government in the last 70 years had taken youth empowerment initiatives seriously.

“Youth are facing serious problems such as unemployment. Many political parties ruled the country in the last 70 years. None of them has taken any constructive measures to empower the youth. All they did is using youth force as a vote-bank for capturing political power,” Mr. Ustaad said and called upon the youth to get organised and take to the streets for their rights.

Gulbarga University Vice-Chancellor Dayanand Agsar, who inaugurated the event, stressed the need for the youth in understanding their rights enshrined in the Constitution authored by Ambedkar.

Ashwini Madankar, an activist-lawyer, expressed concerns over youth increasing spending their valuable time on social media platforms instead of utilising their time for constructive activities.

“Youth have always played an important role in changing society for the better. No revolution could be possible without youth power. Unfortunately, the youth are spending their valuable time on social media platforms instead of doing something constructive,” she said.

Rukmini Nagannanavar, convenor of the samvada, presented the introductory words. 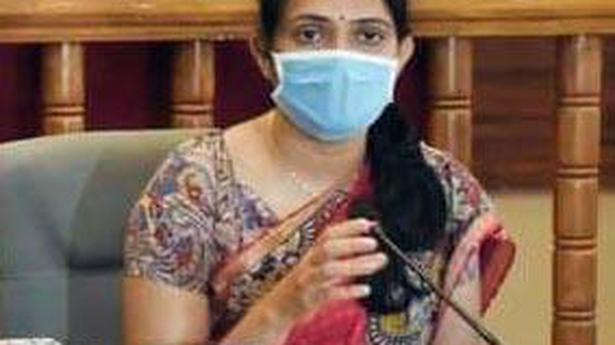 ‘Precautions must at Dasara, Theerthodbhava venues’