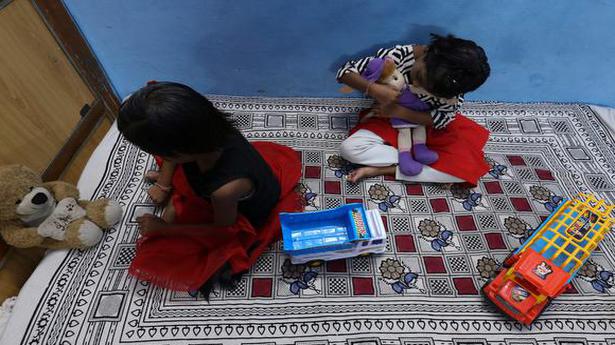 
End May, Prime Minister Narendra Modi announced that the government would launch a slew of welfare measures for children who had lost their parents to COVID-19. The elaborate plan had components of the setting up of a corpus, ensuring their education requirements and other health and social support. This was followed by similar announcements by different State governments. Nearly two months down the line, the project is in varying levels of implementation in States, with respect to enumerating the children and sanctioning funds for their upkeep.

Maharashtra has identified a total of 482 in the age-group of 0 to 18 who lost both their parents in the pandemic, till July 21. Out of these, 264 are boys, while 218 are girls. The government said it had allocated ₹10 crore for the scheme as of now, and that the allotment would be increased as per requirement. The benefits would accrue both for children who lost both parents or one parent due to COVID-19 and the other due to some other reason, the State said.

On July 6, Delhi Chief Minister Arvind Kejriwal announced ‘Mukhyamantri COVID-19 Pariwar Aarthik Sahayata Yojna’, under which ₹50,000 will be given as a one-time compensation to all families who lost someone to COVID-19. Additionally, children who were orphaned because of COVID-19, will get ₹ 2,500 every month, till they turn 25 years old, under the scheme and receive free education.

The registration for the scheme has started online via a government portal, as per officials. “After registration, verification will be done by the SDM [sub-divisional magistrate] office, following which money will be given to the beneficiaries. The government is yet to start distributing ₹50,000 or the monthly assistance and it is expected to start from next month,” a Delhi government official.

In the first phase, the Tamil Nadu government has sanctioned ₹33.37 crore under the scheme to benefit a total of 1,045 children (including 101, who lost both their parents, and 944 minors, who lost either of their parents) so far. Under the scheme, children who have lost both parents (₹5 lakh), or even one parent (₹3 lakh) will have a corpus set up in their name to draw when they turn 18, but also a monthly maintenance amount for children not housed in government homes.

The scheme is ongoing and officials are involved in identifying the children from various districts. In the light of the prediction of a third COVID-19 wave, officials have not set a deadline to complete the task of identifying beneficiaries.

In Karnataka, it has been estimated that as many as 89 children who were orphaned after their parents died of COVID-19 would be beneficiaries of the Chief Minister’s Bala Seva Yojana.

Under this scheme, children will get ₹3,500 a month. Out of 89 children, 67 had been sent ₹3,500 in their bank accounts. “The data of the remaining children is under verification by the district level committees,” an official in charge of the scheme said. She added that the data for the Bengaluru level committee was still under process.

In Andhra Pradesh, the State has estimated that 241 children lost both parents to COVID-19. Of this, 142, who were from the below poverty line families, also received an ex-gratia amount of ₹10 lakh, according to Women Development and Child Welfare Department director Krithika Shukla. As many as 5,888 children lost at least one parent due to COVID-19 in the State so far, she staated.

The amount has been deposited in joint bank accounts held by the beneficiaries and the government. Interest accrued on the amount would be given monthly or quarterly to the guardian of the beneficiary till they turn 25. Meanwhile, the State government has formed mandal level committees headed by tahsildars to ensure the well-being of the children.

Verification of children who have lost both parents has been completed, Women and Child Development Director T.V. Anupama said. Preparation of social investigation report was being carried out simultaneously in the case of such children. Since the verification of children who had lost both parents was complete, the disbursal of the money could begin right away.

Except for seven children who required institutional support or whose caregiver was incapacitated, the remaining 2,561 have been placed with distant relatives or the single parent.

Telangana has not adopted any special policy or funding to support the children orphaned by COVID-19, instead choosing to help them with existing schemes under the Women and Child Welfare Department.

The government has identified 206 children. The number is being reverified for a final decision. According to confidential sources, the number of those who lost one of the two parents could hover around 5,000 to 6,000 as per conservative estimates. ‘Doctors are the real warriors’ 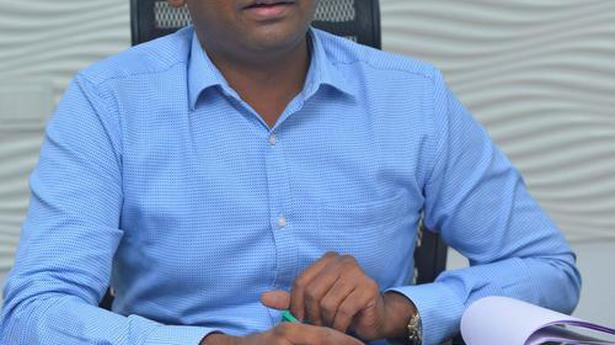