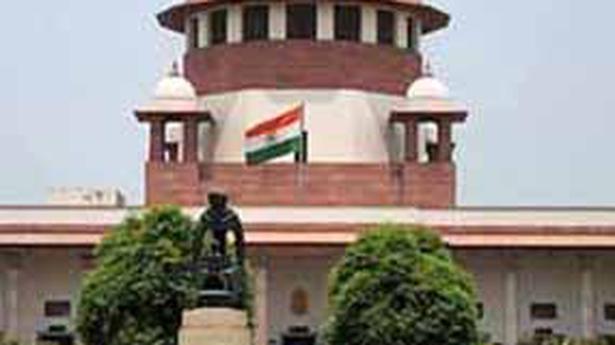 
The Supreme Court has upheld the bail granted by the Kerala High Court to a man booked under the Unlawful Activities (Prevention) Act (UAPA) in connection with a brutal attack on a college professor who included, in his Malayalam exam paper, a question considered objectionable by certain sections of a particular faith.

The assailants, allegedly members of the Popular Front of India (PFI), ambushed Professor T.J. Joseph, restrained him and chopped his right palm off in 2010.

Confirming the High Court’s decision to grant bail, the Supreme Court said the accused, K.A. Najeeb, had languished in jail as an undertrial for more than five years. The prosecution, through the National Investigation Agency (NIA), has 276 more witnesses to examine.

A three-judge Bench led by Justice N.V. Ramana, in a judgment pronounced on February 1, observed that “no one can justify gross delay in disposal of cases” which compel undertrials to remain incarcerated.

Booking a person with stringent charges should be matched by speedy justice. Delay in trial and compelling a person to languish in jail during a prolonged trial violates the right to life and dignity under Article 21, the judgment said.

Justice Surya Kant, who authored the judgment, agreed with the High Court’s emphasis that trial under the National Investigation Agency Act, 2008 should be expeditious.

The High Court had held that “the undertrial could not be kept in custody for too long when the trial was not likely to commence in the near future”. It would cause serious prejudice and suffering to him.

“Not only has the respondent been in jail for more than five years, but there are 276 witnesses left to be examined. Charges have been framed only on November 27, 2020. Still further, two opportunities were given to the NIA, who has shown no inclination to screen its endless list of witnesses,” the Supreme Court reasoned.

The court also found that 13 other co-accused, who were convicted, were sentenced to not more than eight years’ rigorous imprisonment. “It can therefore be legitimately expected that if found guilty, the respondent [Najeeb] too would receive a sentence within the same ballpark. Given that two-thirds of such incarceration is complete, it appears that the respondent has already paid heavily for his acts of fleeing from justice,” Justice Kant noted.

Najeeb had absconded after the incident and was arrested only in 2015. His trial was separated from that of his co-accused.

The apex court, however, directed that the bail would be cancelled if Najeeb violated any of his bail conditions.

Steps to check spread of avian influenza in Kottayam