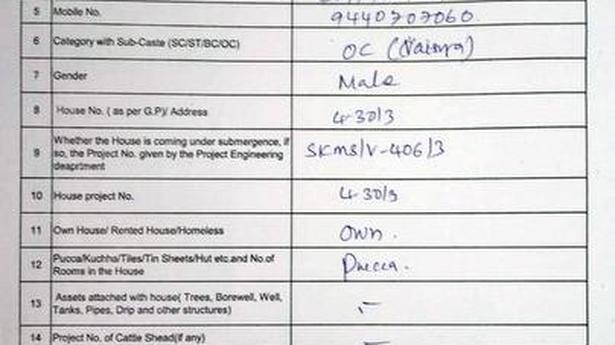 
Feeling humiliated by the orders of suspension issued by the Collector on Monday, Belde Srinivas Rao, headmaster, Zilla Parishad High School, Ensanpally, has decided to go for legal options in this regard. He said that the allegations levelled against him are baseless and lowered his image in society.

Mr. Srinivas Rao is a native of Vemulaghat in Toguta mandal and working as headmaster in the Zilla Parishad High School at Ensanpally. About 10 acres of his land was acquired by the government for construction of Mallannasagar.

Charging that Srinivas Rao had impersonated his son and claimed Rehabilitation and Resettlement (R&R), Collector P. Venkatarami Reddy suspended Srinivas Rao on Monday. The Collector also stated that the suspension was based on the inquiry conducted by the Siddipet RDO and after getting proper evidence the orders were issued.

“I do not know about my suspension till I got a message from my MEO through WhatsApp. I had not taken any package in the name of my son or any impersonation took place as alleged by the Collector in the suspension order served to me. My son has been staying in the US since 2016 and he had not come back. I might have been issued notice and called for explanation if at all an inquiry was conducted on the allegation that impersonation took place in the name of my son. None from my department or RDO’s or Collector’s office has contacted me so far. This was nothing but taking a decision unilaterally and humiliating me. I will contact legal experts in this regard and take a decision what to do next,” Srinivas Rao told The Hindu, adding that the payment for his daughter was stopped stating that her age was below 18 and he had submitted SSC certificate as age proof after that. He informed that his brothers had filed a case in the court and it was still pending.

“Mr. Srinivas Rao had claimed R&R package by impersonating his son with other person and he has attested the photo. We have evidence. We have stopped release of package after the issue came to our notice. In addition, he had written letter to authorities requesting to release package to his son and daughter. We brought these issues to the notice of Collector and he has suspended Mr. Srinivas Rao for cheating the government being a government employee,” K. Ananta Reddy, RDO, Siddipet, said. 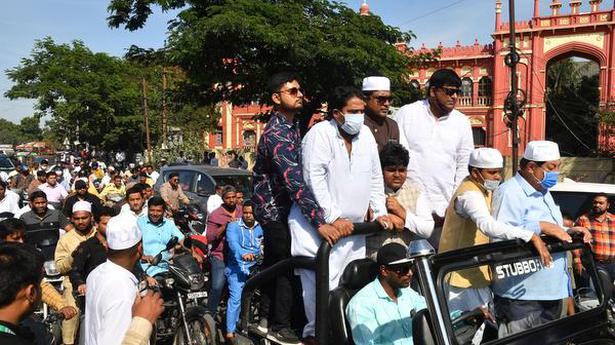 A day of frenetic political activity 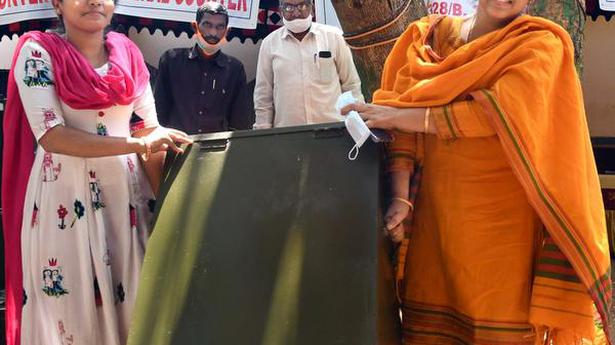 Some more time before Mutrajpally rehab colony gets ready