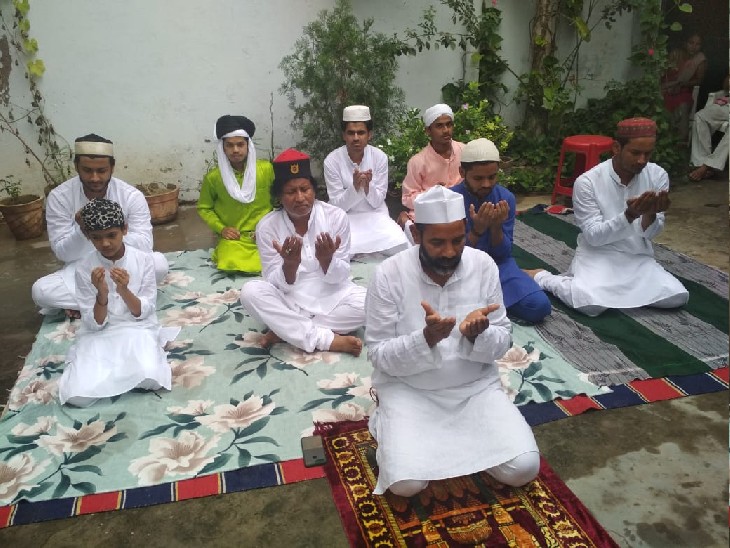 Uttar Pradesh
July 21, 2021 Divya Bharat 0 Comments corona, people offered prayers in homes, prayed for the peace of the country and the end of, SymbolicNamazwas read in mosques in Prayagraj

A Muslim family performing the rituals of Bakrid in their own home.

The festival of Eid-ul-Azha i.e. Bakrid is also being celebrated in Sangam city of Prayagraj with full faith and respect. However, the shadow of the corona epidemic is clearly visible on this festival. Because of Corona, only symbolic prayers were offered in mosques. The rest offered prayers at their respective homes. On this occasion, prayers were specially sought for maintaining peace in the country and ending the corona epidemic.

After the appeal of the city Qazi and the administration, special care is being taken of social distancing during the prayers. After the prayer, the ritual of sacrifice is being performed. Due to the lockdown, this time people are celebrating the festival with simplicity and there is silence on the streets. Tight security arrangements have been made during this time.

Neither the streets nor the mosques saw the crowd

This time on Bakrid festival, neither there was a crowd of people offering Namaz on the streets nor in the mosques. Namaz is being offered following the physical distance standard. Most of the people offered Namaz in their homes. The covid protocol was seen to be followed.

Shafiq Ahmed Sharifi, Shahar-e-Qazi Mufti of Prayagraj has appealed to offer Namaz following the Corona rules. Maulana Syed Jawadul Haider Rizvi, the principal and Shia religious guru of Madrasa Anwarul Uloom, has appealed to the Mutawalli of the mosques in the city and all the rural areas to follow the Kovid-19 guidelines. 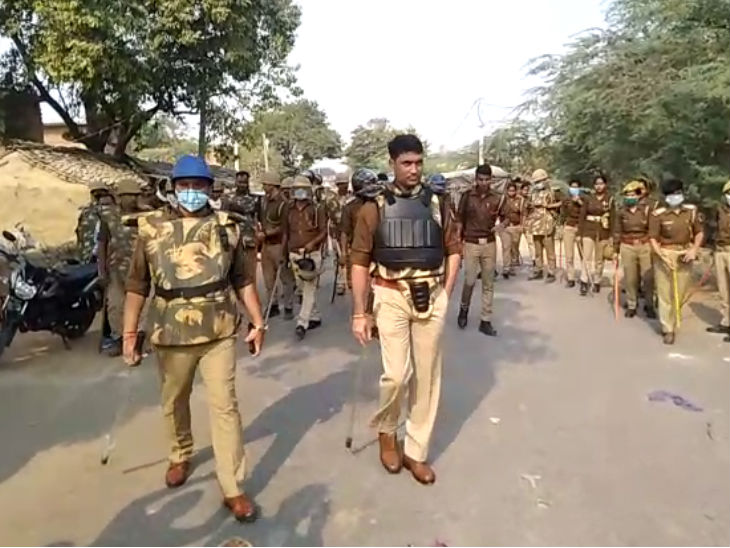 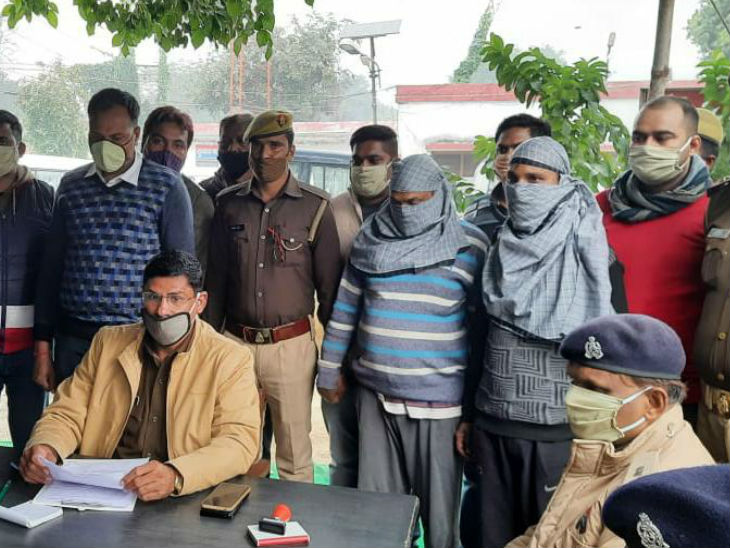 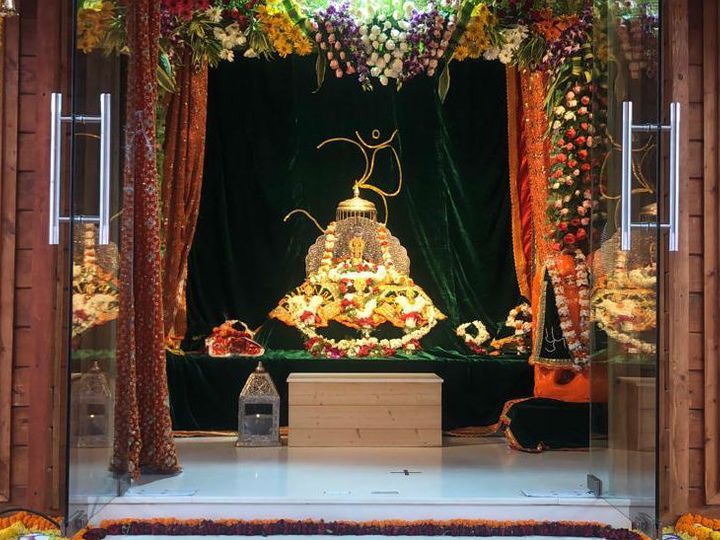