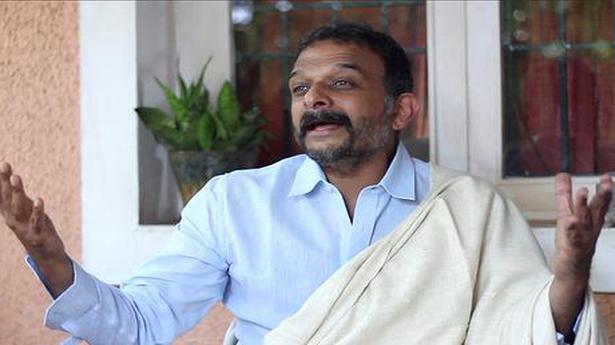 The project was launched on the day B.R. Ambedkar embraced Buddhism

Renowned Carnatic musician T.M. Krishna had his hands full these past few months digging into the works of Emperor Ashoka.

Wednesday saw the online premier of the first part of his Edict Project, in association with Ashoka University, where he set to tune four edicts of Emperor Ashoka to the ragas — Kapi, Shubhapanthuvarali, Mohanam and Desh.

“All my people are my children. I yearn for their welfare, why,” goes the meaning of the first song that begins Munise Paja, which Mr. Krishna sings to the accompaniment of just his tambura.

“The songs were recorded during the lockdown so there were no instruments, just my tambura. Through the Edict Project, I hope to re-imagine the emperor’s edicts in a musical format. To my knowledge, this is the first time they are being sung. I have rendered four edicts in a raga-tala-malika composition,” he said.

“The underlying message in all of Ashoka’s edicts is love and compassion. Ashoka himself symbolises the possibility of transformation. A person who believed in expanding, consolidating and ruling his empire through violence and war changed into one who made an ethical order the governing principle of his empire and personal life. Our world today is filled with hate, anger, bigotry and polarisation. In this context, the words of Ashoka are precious. We need to rediscover and re-imagine them, and let them inspire us to look within as individuals and communities. Ashoka’s words are connected to the inner spirit of our Constitution and how we need to envision governance,” he said.

The project was launched on the day B.R. Ambedkar, the father of the Indian Constitution, embraced Buddhism.

The research for the project was conducted by Shravasti Dhammika, and the sound and visuals were done by Ritvik Raja.

A day after shooting girlfriend, Sub-Inspector kills his father- in-law Farm Bills: It is an assault on farmers, says Surjewala 13 minutes ago Copy link During the match between Delhi and Chennai, Faf du Plessis of Chennai ran for runs.

Navratri colours 2020: List of 9 colours and their significance | – Times of India