Parking problems, unauthorised hawking, missing facilities and a lack of proper maintenance of the existing ones have left both shoppers and residents unhappy

The makeover under the Smart City Project is still a work in progress in T. Nagar as parking problems, unauthorised hawking and the presence of garbage and debris continue to plague the pedestrian plaza.

The multi-level car park has not been inaugurated yet and several rounds of inspections have been undertaken. Even on Saturday, officials of the Greater Chennai Corporation inspected the facility and equipment to ensure it was in working order. They said they wanted to be completely sure there would be no hitches after it was launched.

During night, at least 25 people use the plaza to sleep. While older citizens complain of poor maintenance, youngsters believe things will be sorted out over time.

A traffic police stand, which was uprooted from Venkatnarayana Road, has remained unattended for several months. Though swanky lamp posts have been installed, some do not function, rued a 77-year-old resident of the locality.

Across several stretches of the newly laid footpath, construction debris and junk have begun to pile up.

On Pinjala Subramaniam Street, huge wooden crates have been stored. On Sivagnanam Street, debris of roads dug for the work under the Smart Cities Project lines an entire stretch. Along the junction of G.N. Chetty Road and Theagaraya Road, vehicles that have been seized by the police have been dumped.

I. Selvabavaani, of Saidapet, who walks on the plaza with her friend Poornima Nandakumar, of T. Nagar, at least thrice a week, said: “There are homeless people. Unless we solve the problem of homelessness, we cannot complain.”

The plaza was well-maintained, an official said.

“It is cleaned by two agencies. The idea is that when the first walker comes, the plaza should be clean. We have introduced three toilets. More are on the anvil along the Usman Road stretch,” he added.

According to officials from the Smart City Project, a dedicated space for parking police vehicles is under consideration. An official said apart from cleaning the debris from the footpath, thermoplasting of the damaged roads would also be taken up shortly.

Across the entire stretch of Usman Road, Venkatnarayana Road and Theagaraya Road, vending and non-vending zones would be provided.

“A person doing business in the non-vending zone will be removed,” an official said. 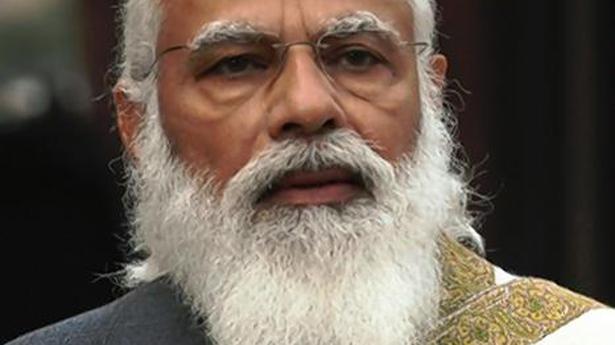