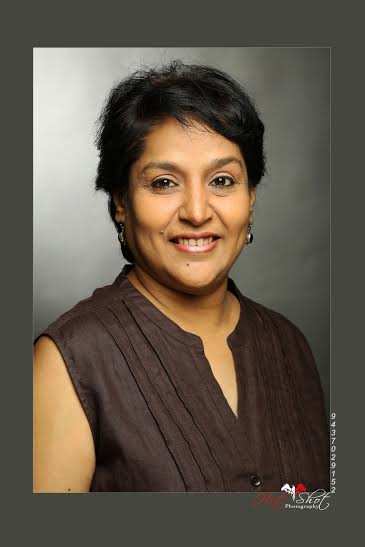 Gopa is currently the director of English Language Centre at the OP Jindal Global University, Sonipat. As an educationist and a researcher, she earned her DPhil from the University of Oxford after her initial education in India and Hong Kong.
With her formal education in Psychology, Sociology, and Education, she has been teaching in India, Hong Kong and the United Kingdom for over thirty years now. Creative writing has been her passion, both in English and Odia, her mother tongue. She has also been translating Odia literature into English.
A major influence on her writing comes from a Sanskrit scholar from Harvard that her father was, the unique cultural mix of hierarchy and equality that Odisha represents, and the multicultural world that she was exposed to for a prolonged period in her adulthood. LESS
… MORE

The Prime Minister’s speech on Shikshak Parv, 2021, organized as part of the Azadi ka Amrit Mahotsav, intrigued me with these two words ‘navakalebara’ and ‘talking-books’. The word ‘navakalebara’ has a special significance for Odias as it is associated with their reigning deity Jaganath. Lord Jaganath in the true spirit of Vedic ideology as described in the Gita periodically enters onto a new frame described as ‘navakalebara’. However, the Prime Minister, perhaps, kept the meaning of the word which is simply ‘new form’ rather than the Odia cultural milieu when he described the new educational initiatives in his speech on talking books among other initiatives launched by him.

I had toyed with talking books or e-books as I had adopted them in my own PhD research more than a decade ago. The findings of my study showed that e-books can help children develop vocabulary in English in almost comparable and sometimes in more interesting and motivating manner than traditional books read with the help of teachers. These findings are part of my chapter on e-books in the book titled ‘Dynamics of Children’s Literature’ edited by Professor Nandini Sahu of IGNOU and published in 2017.

As part of my research, I had taken the Talking books or E-books published by Oxford Reading Tree series and had realized then that these resources are an asset for developing reading skills in young learners. However, I remember that these resources were very scarce then and I had to make many trips to the Oxford Book Store to get the digital copies of the e-books for all levels that OUP produced. The fact that e-books or talking books have been recognized as an educational resource for young Indians in a government sponsored platform is indeed a commendable achievement. This will certainly lead to the inclusive and equitable feature of the New Education Policy that the Prime Minister reiterated in his speech.

The provision of talking books as an integral part of Indian education system is a matter of both pride and pleasure.  As if in one stroke, the introduction of these talking books has opened up many different avenues for literary engagement. Talking books hold the potential to lead our children in becoming independent readers. In addition, as educationists engage in producing talking books for young learners, stories from our own cultural heritage will be carried as content for these books. This will lead to our folktales and native literature from different regions of India finding a place in the e-books. Indigenous stories from the varied cultural corners of India thus will get their well- deserved place in the digital world. Thus, these stories can be disseminated easily to a wider audience both nationally and internationally.

Talking books when provided free through government sponsored digital platforms can reach out to all sections of the society helping in bridging the barriers of access and acceptance. The stories in e-books or talking books will spell out words and portray images that can weave dreams and design desires in young Indians without fear or favour in the true spirit of democratic ideology.

As the Indian education system gears up to undergo the ‘navakalebara’ through the NEP, one can only hope that talking books produced by Indians will fill the gap in providing opportunities to our young learners to listen to their own stories of glory and glamour, of their land and people, and of their history and mythology. Talking books with the display of digitally spelt out words and technologically supported images will help in promoting the desire for learning and in making meaning of the world in young Indians. The seeds of hope and enthusiasm planted by the Prime Minister as part of ‘Teacher’s Day’ or ‘Shikshak parv’ celebration in the form of talking books has the potential to take the glorified tradition of teaching and learning of India to new heights.

Nirmalaji, money for infra-sector is great, but it won’t yield results without women contractors!