An overview of the 2021 Tamil Nadu Assembly election results.

The DMK alliance swept the northern and delta regions and also performed well in the south, while the AIADMK managed to retain seats in its stronghold of western Tamil Nadu with considerable success.

Constituency-wise results of 2016 and 2021 Assembly elections 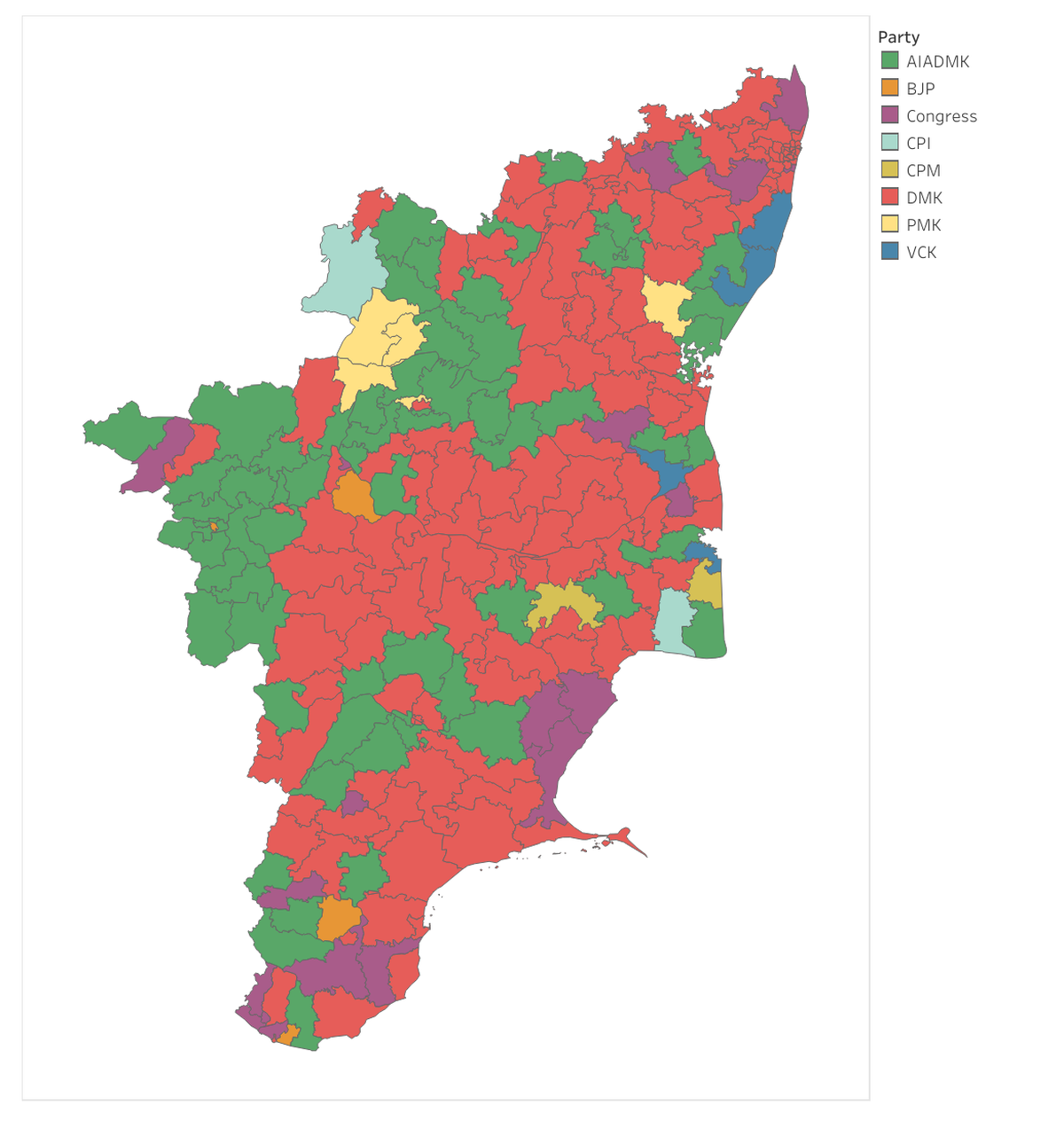 This year saw the lowest representation of women since since 2001.

The victory margins widened in the 2021 election compared to 2016

J. Karunanithi of DMK won T. Nagar with the narrowest margin of 137 votes.

Anticipatory bail for Bhagyalakshmi, 2 others