Tamil Nadu reported 1,181 fresh COVID-19 cases on Wednesday, taking the overall tally to 8,02,342. Chennai and five other districts accounted for over half of the fresh infections.

Chennai topped the table with 344 cases (including three imported ones), taking its total count to 2,20,903. Five other districts had more than 50 cases each — Coimbatore (111), Chengalpattu (74), Tiruppur (70), Erode (53) and Tiruvallur (52). Salem and Kancheepuram reported 49 and 40 cases. Perambalur recorded no fresh case, while 12 other districts had less than 10 cases each.

The number of active cases stood at 9,880. These included 3,093 persons in Chennai and 1,051 in Coimbatore. The number of persons discharged so far reached 7,80,531 as 1,240 more were discharged on Wednesday. The State registered 12 more deaths — seven at private hospitals and five at government hospitals — taking the toll to 11,931.

The number of fatalities dropped to two in Chennai. Dharmapuri and Salem reported two deaths each, while Chengalpattu, Coimbatore, Cuddalore, Krishnagiri, Theni and Tiruvannamalai had one death each.

Two of the 12 persons did not have co-morbidities. One of them was a 26-year-old woman from Krishnagiri, who was admitted to a private hospital in Salem with complaints of cough and difficulty in breathing for a day on December 12. She died on December 15 of acute respiratory distress syndrome and COVID-19 pneumonia.

A 47-year-old woman from Chennai, who was admitted to the Rajiv Gandhi Government General Hospital on December 14, died the next day owing to COVID-19 pneumonia, acute cerebrovascular accident, massive intracranial haemorrhage, bicytopenia and respiratory failure. 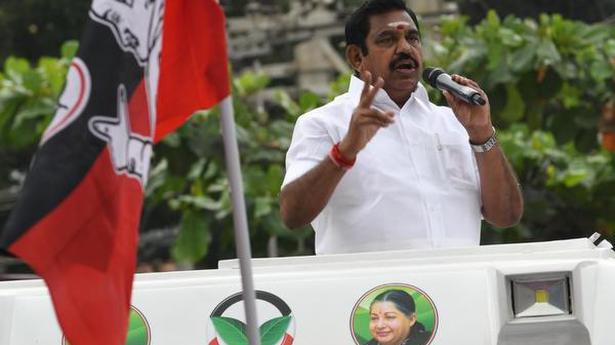 Will never give up the rights of Muslims, TN CM assures Jamaath leaders