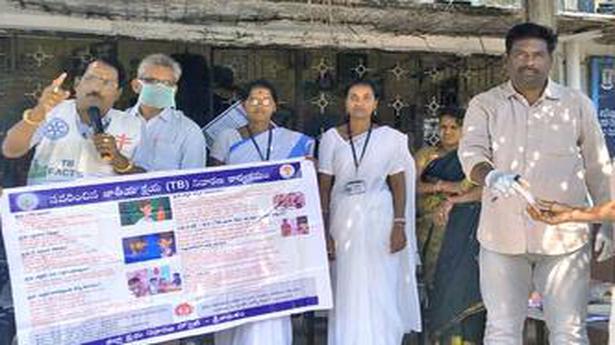 
The District Medical and Health Department launched a week-long awareness campaign on Thursday to control tuberculosis in the district. The teams which have been moving in remote areas of Srikakulam mandal are spreading the message that TB is a curable disease and medicines are being supplied free of cost. District T.B. Control Association honorary secretary Mantri Venkata Swamy urged people to take treatment immediately on being diagnosed with tuberculosis. “Many people are neglecting treatment for TB which will further deteriorate their health and infect others within no time,” he said. He thanked the people of Lankam for taking an oath to make the village as TB-free.