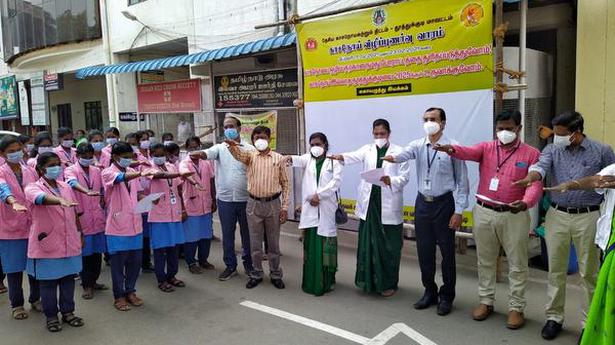 
A signature campaign was organised here on Thursday as part of TB Awareness Week observed between February 17 and 23.

The signature campaign was organised at Thoothukudi Medical College Hospital with the motto ‘Accelerate war against TB’. Dean Revathi Balan inaugurated the campaign.

Deputy Director (Tuberculosis) K. Sundaralingam said diabetics, those with hypertension and smokers, who were vulnerable to TB, should go in for X-ray and sputum screening if they had symptoms such as fever and cough for about two weeks and loss of weight.