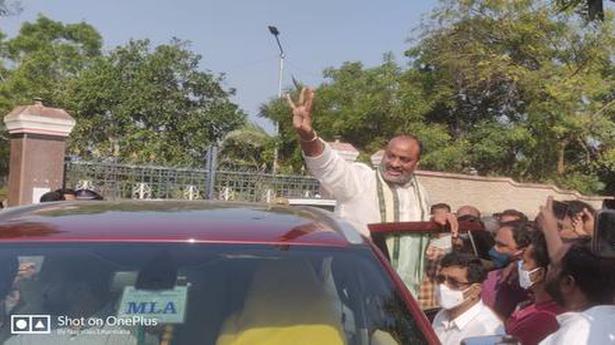 
Former Minister and Telugu Desam Party State president K. Atchannaidu on Tuesday said that the TDP would fight against the ‘false cases being filed by the YSRCP government’.

“The YSRCP government is unable to digest the peoples’ support to teh candidates supported by the TDP in the panchayat elections,” he said.

Mr. Atchannaidu was arrested a week ago on the charges of threatening and preventing a candidate from filing nomination for the sarpanch post at his native village Nimmada.

He was released from Ampolu sub-jail on Tuesday morning after the court granted him bail on Monday evening.

He was a given a rousing reception at the sub-jail. Srikakulam TDP MP Kinjarapu Rammohan Naidu, TDP Srikakulam Parliamentary wing president Kuna Ravikumar and other leaders received him.

Later, he proceeded to Nimmada village and exercise his franchise during the local body election.

The district administration heaved a sigh of relief with the completion of the first phase of the local body polls as 76.69% of the voters exercised their franchise on Tuesday.

People queued up at the polling booths from the early hours of the day in all the 10 mandals including Tekkali, Santabommali, Kotabommali and Laveru.

As many as 720 candidates were in fray in 282 panchayats of the total 321 in the district. As many as 39 panchayats saw unanimous elections. Srikakulam Collector J. Nivas and District Revenue Officer B. Dayanidhi and other officials expressed satisfaction over the peaceful polling in 10 mandals.

The election caught the attention of everyone with the arrest of TDP State president K. Atchannaidu a few days before the polling on the charge of creating violence during the nomination of Mr. Appanna. Mr. Naidu contended that there was no need for him to stop anyone from filing a nomination in Nimmada since it had been a bastion for the TDP for three decades.

TDP leaders expressed happiness over the victory and said, “It is a lesson for the ruling party which tried to show the TDP in poor light.” 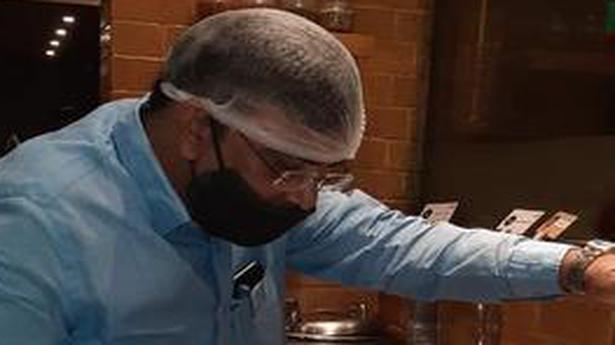 ‘Meat unfit for consumption being sold at restaurants’ 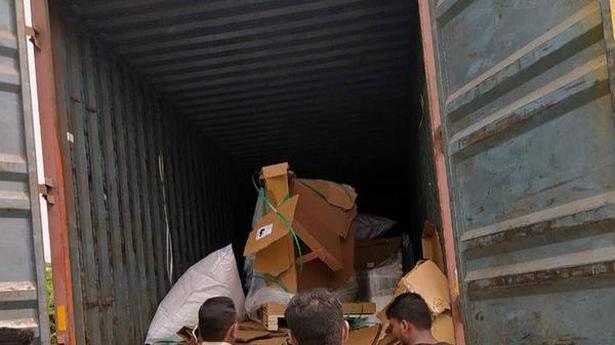