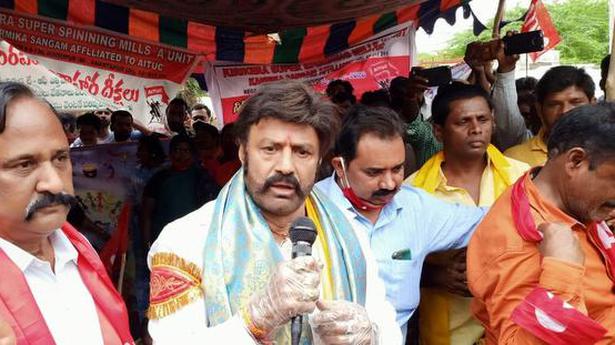 Politician-turned-cine actor Nandamuri Balakrishna has given a call to the Telugu Desam Party cadre to be ready for sacrifices and a fight against the forces that are against the interests of farmers in Andhra Pradesh.

On arrival at Hindupur, on a three-day visit to his Assembly constituency, on Wednesday morning, Mr. Balakrishna termed the YSRCP rule as ‘Rakshana Palan’ (demons’ regime) and criticised the State government for ignoring the enormous loss the groundnut farmers had faced in Anantapur district. “The government did not care to give input subsidy or provide weather-based insurance compensation to the farmers,” he observed, and said it was a fight between ‘Devathas and Rakhasas’.

“While TDP cadre are Devathas, the YSRCP leaders are Rakshasas ignoring the very people who had given them ‘one chance’ to rule the State,” the Hindupur MLA said, amid cheer from the public. He interacted with farmers at Kirikera near Hindupur and later sat in the dharna tent put up by the Communist Party of India expressing support to the agitating farmers in New Delhi.

“If the Centre and State governments ignore the demands of the farmers, we need to come onto the streets and fight for the rights of the farmers,” he told party workers, addressing them at the dharna venue.

On the recent desecration of Hindu temples, he said that the YSRCP government was playing a ‘mind game’ and that they should be cautious in blaming the TDP for everything.

Referring to the killing of a party workers in Pulivendula and clashes in Tadipatri, he said “Our hands are not tied, if they resort to such cheap tactics and harm us, we will not keep silent,” Mr. Balakrishna said in his own inimitable style attracting whistles and claps from the people around. 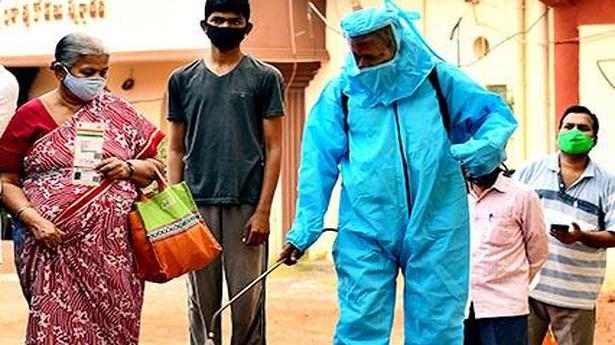