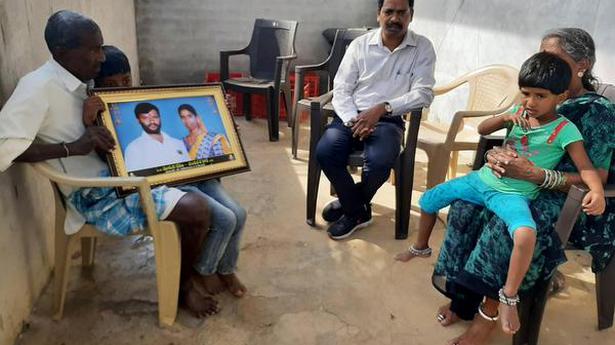 It is now over two decades since Puli Raju, a youth from Etigaddakiskhtapur of Toguta mandal, one of the villages that is getting submerged under the Mallannasagar project, became concerned about the frequent reports of suicide by farmers in the erstwhile Medak district. Being the son of a farmer, he could relate to their plight.

With the increasing number of famers committing suicide, Mr. Raju, now a 47-year-old school teacher, started collecting data from these villages as well as from newspapers about these incidents. Later, he began visiting the families of the suicide victims and recorded his information in a register. In the last two decades, he had interacted with more than 2,000 families of farmers who had ended their life and given a patient hearing to their problems.

Mr. Raju is a teacher in a primary school at Tunki Khalsa in Wargal mandal. Once he began teaching children of the farmers, his emotional attachment with the farmers who ended their life grew stronger and he started thinking of doing something for them.

Generally, he schedules his interactions with the ill-fated families on school holidays, but sometimes he is forced to take leave to meet these families. He has taken it upon himself to ensure that these families get some benefit in the long run. Soon, he has become the spokesperson for these poor villagers and made their voices heard by philanthropists. Media reports on suicides also helped him in his endeavour.

Mr. Raju helped three children from Timmapur village in Jagadevpur mandal get their education sponsored. The two boys and a girl turned orphans at a very tender age. Mr. Raju made their voices heard and as a result, Harinder Sikka from Piramal Group came forward to take charge of their education in 2015. One of the boys, Kyasala Swamy, is doing his graduation now. Many other children like him are educated today because of this school teacher with a heart of gold.

In another case, Chekkala Raju of Guravannapet village in Komuravelli mandal lost his father and brother in a gap of three years, Mr. Raju came to his family’s aid. He took care of five children and three women. Learning of the sad tale, G. Chakradhar Goud, a native of Siddipet, gave ₹2 lakh to purchase an auto for a family member. Mr. Raju is paying the balance amount in instalments.

When asked, Mr. Raju said: “My intention is to make sure these children do not drop out from schools due to pain and poverty. Coming from a family of farmers, I can understand their problems and want to assist them as much as I can.” 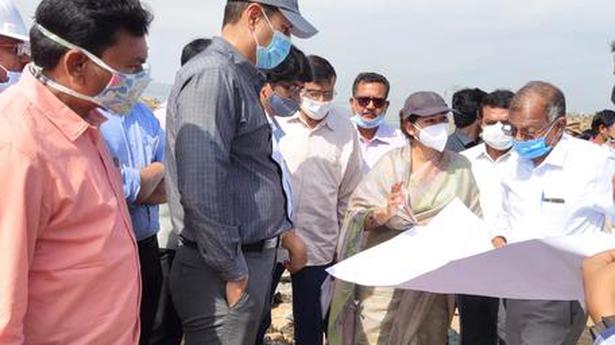