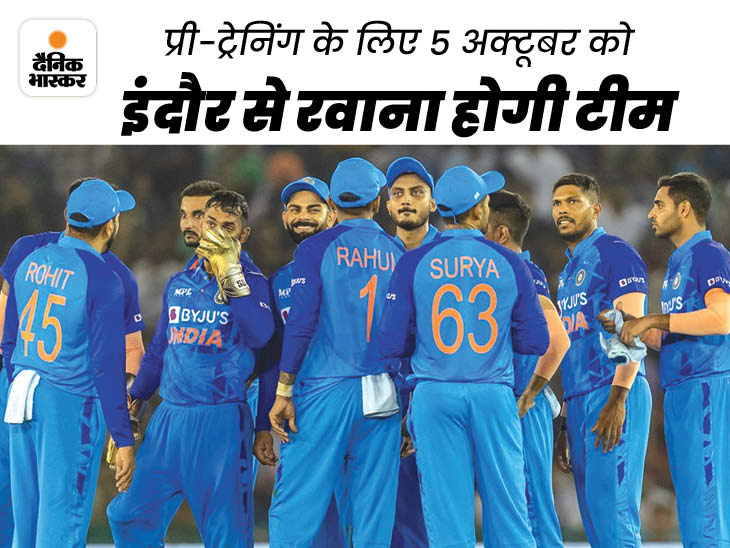 The third T20 match between India and South Africa will be played in Indore on October 4.

Team India does not want to leave any stone unturned in the preparations for the T20 World Cup. The team will play 5 international matches before this tournament starting on 16 October in Australia. Not only this, after these matches, the team will strengthen its training in the pitches of Perth. The team is going to make Perth their base camp. So that the players can adapt to the conditions there by playing in the bouncy pitches of Australia.

In Perth, the team players will play a practice match before the warm-up. The team will leave for Australia on 5 October the very next day after playing the last T20 against South Africa in Indore on 4 October. Earlier the team was to leave on 9 October.

BCCI President Sourav Ganguly has said that he will reach there two or two and a half weeks before the World Cup. They will train and practice in Parth. Not only this, they will also play some practice matches there.

Team coach Rahul Dravid had demanded from the BCCI to orange some more practice matches there. A board official has said that we are in talks with some teams. Who can play practice matches with the team before the warm-up matches. Let us tell you that Team India has decided to take the net bowler and stand by players along.

Why did Perth become a base?
The Perth Stadium pitch has been helpful for fast bowlers for the last five decades and the real test of Test cricket batsmen is on the pitch of this stadium. In such a situation, Team India would like to be bounce and speed friendly by practicing Perth. So that his batsmen can easily face the fast bowlers in the World Cup.

Story of Indo-Pak match till the last over: This amazing happened 3 times in Asia Cup, Bhajji won with the bat after fighting with Akhtar