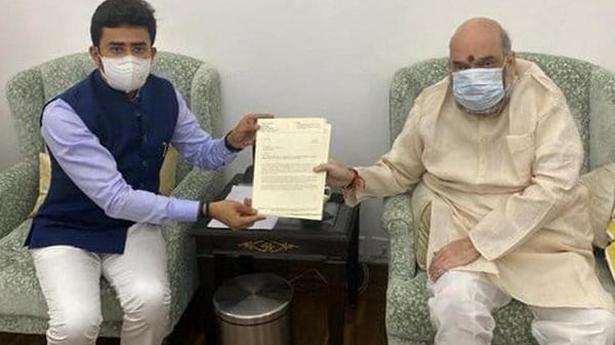 
Tejasvi Surya, MP, who was on Saturday appointed president of the BJP’s youth wing, has appealed to Union Home Minister Amit Shah to set up a permanent division of the National Investigation Agency (NIA) in the city.

He said in a tweet that he had pointed out to the Home Minister that Bengaluru had become “an epicentre of terror activities”, which necessitates a permanent division of the NIA. He said many terror modules have been found out in Bengaluru in the recent past and terror groups want to use the city as an incubation centre.

Mr. Surya thanked Mr. Shah for “his assurance that it will be set up soon”.