Bhagyanagar Ganesh Utsava Samithi (BGUS) has asked the State Government to file a review petition in the High Court or move the Supreme Court over High Court order issued against immersion of Ganesh idols made of Plaster of Paris (PoP) and metallic colours in water bodies.

Addressing the media on Saturday, the committee members alleged that the court order was in violation of fundamental rights and religious freedom ensured by the Constitution. They sought to know why the State government had not taken facts about water bodies’ pollution linked to Ganesh idols immersion.

BGUS members pointed out that pollution control board reports on pollution levels of Hussainsagar and a few other lakes had revealed that idol immersion had no impact on the quality of water. They also mentioned that a GO issued in the past suggesting use of PoP idols compared to clay idols and the order was still in force.

Stating that the immersion of clay idols would increase the sediment in lakes/water bodies as they disintegrate within a couple of hours, BGUS members said the GO had also mentioned that the PoP idols would not cause any pollution as the material could be retrieved from the lake bed and shifted out in a couple of days after immersion.

The pollution control board reports on pollution levels of Hussainsagar lake before, during and after the immersion had also proved that the idol immersion had no impact on the lake water quality. In fact, the water of Hussainsagar and many other lakes in and around the city was being polluted with industrial effluents and untreated domestic drainage water flowing into them round the year, they said.

They sought to know what was the basis to say that idol immersion was polluting the water and asked the government what to do with the idols installed in streets, resident and other associations and individual homes when immersion is not allowed in any water bodies. They also appealed to police authorities to re-install idols removed at some places or face large-scale opposition from people. 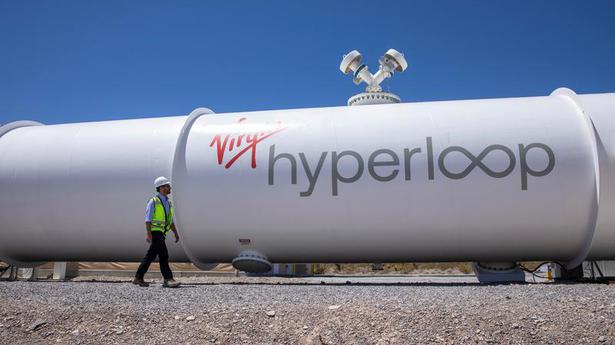 All aboard the hyperloop: How your commute could be changing