Officers of the Deputy Custodian of Enemy Property for India (CEPI) from Mumbai suspended an operation to seal the State headquarters of Tamil Nadu Thowheed Jamaath (TNTJ) in Chennai on Wednesday, following rising tensions over the issue.

TNTJ members gathered in large numbers and besieged the officers who had come to seal the premises on Armenian Street, in Mannady, under the Enemy Property Act (EPA), for violation of condition of assignment of the building.

CEPI officials had approached the Chennai District Collector to seal the property, assigned to TNTJ vice-president B. Abdul Rahman, for the specific purpose of running a lungi firm.

Mr. Rahman is the general power of attorney holder, from Tuba Khaleeli, who is now in Pakistan, and is the title holder of the property [acquired before the partition of India].

“The power of attorney holder should not use the premises for any other purpose as per conditions of assignment. The assigned purpose is only to run a lungi firm. Since the premises is used for other purposes [housing the TNTJ office], it is considered a violation of conditions,” said an officer.

CEPI officials, accompanied by revenue and police authorities, came to seal the premises around 2.45 p.m. However, TNTJ members resorted to a protest at the spot, leading to heavy police deployment. The incident sparked protests in other parts of the State as well.

TNTJ north Chennai unit president M.A. Shahul said, “We have been using the property for 12 years. They wanted to seal the property without any notice. This is against the principles of natural justice.”

Mr. Rahman contended that the premises was used “for several philanthropic and social activities”. The TNTJ has been paying rent, as stipulated, he said.

Joint Commissioner of Police (North) V. Balakrishnan and other officers held talks with the cadre, promising to examine their demands, after which the protesters dispersed.

“Talks are on to resolve the issue,” said an officer.

CEPI is a statutory authority under the provisions of the Enemy Property Act, 1968 (amended in 2017), and a subordinate office under the Ministry of Home Affairs, Freedom Fighters Division.

There are 9,406 “enemy properties” in India, of which 9,280 belong to Pakistan nationals and 126 to Chinese. The properties are vested in the Custodian of Enemy Property for India. 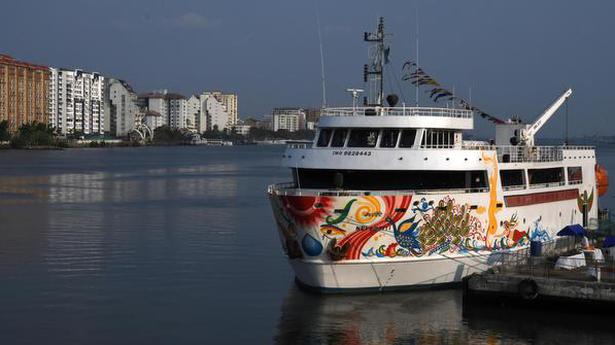 KSINC poised for growth, despite setback