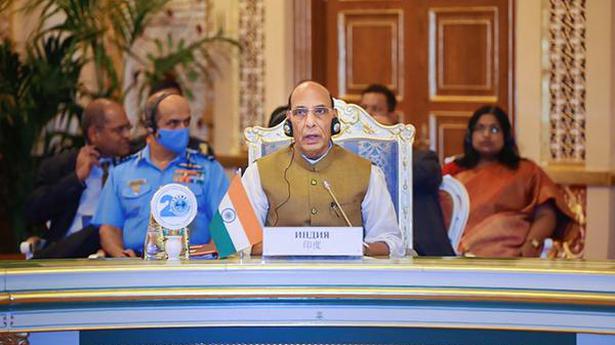 He addresses meeting of SCO Defence Ministers at Dushanbe.

Stating that the geo-strategic location of India makes it both a Eurasian land power as well as a stakeholder in the Indo-Pacific, Defence Minister Rajnath Singh on Wednesday termed terrorism the most serious threat to international peace and security, while also cautioning against non-traditional security threats in the backdrop of the COVID-19 pandemic.

“Any act of terror and support to such acts, including cross border terrorism, committed by whomsoever, wherever and for whatever motives, is a crime against humanity,” Mr. Singh said addressing the Defence Ministers’ meeting of the Shanghai Cooperation Organisation (SCO) at Dushanbe, Tajikistan.

Through 1990s and later, Tajik people made great sacrifices to defeat fundamentalism within its territory and to uphold peace and stability in the region, Mr. Singh said. It must be recognised that “without those sacrifices and without constructive efforts by Central Asian Republics with support from the Russian Federation, situation here could have been very different… Such recognition is all the more important, as instability and violent extremism threaten us all over again in the region.”

The pandemic had affected nations, civil societies and citizens in multiple ways, Mr. Singh said. This was a warning sign of how non-traditional security challenges like pandemics, climate change, food security, water security and associated societal disruptions could impact national and international landscape. “Non-traditional threats and a new technology have combined to form a whole new spectrum of sub-conventional security issues.”

These issues could not be addressed without responsible policies and co-operation among nations, Mr. Singh said. India’s initiative on coalition for disaster resilient infrastructure (CDRI) was also an example of how countries were coming together to create and share capabilities to deal with humanitarian assistance and disaster relief issues.

Mr. Singh said India supported and participated in the SCO activities, including in defence cooperation programme, reflecting its commitment to work closely within the SCO framework. “This flows from India’s commitment to multilateralism, in which international laws must be respected, legitimate interests of partner countries are recognized and common good is upheld to build a durable framework of regional collaboration,” he said. 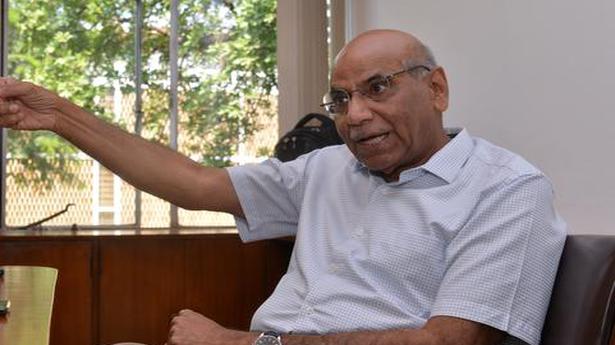 India must prioritise returning to the status quo ante on LAC: Shyam Saran