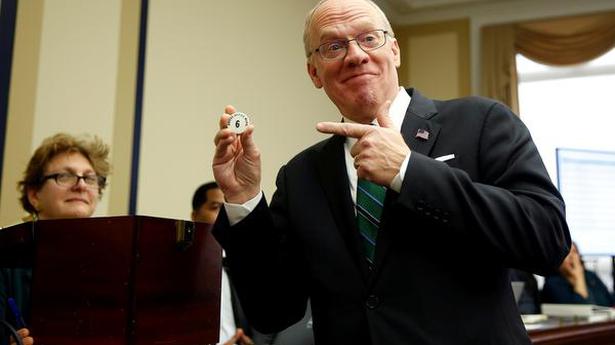 He was elected to Congress in 2018 and had seats on the House Foreign Affairs and Education and Labor Committees.

U.S. Representative Ron Wright died after testing positive for COVID-19 last month, his office said on Monday, making him the first member of the U.S. Congress to die from the pandemic disease that has claimed nearly 464,000 American lives.

Wright, a 67-year-old Texas Republican, had also been battling cancer. He was elected to Congress in 2018 and had seats on the House Foreign Affairs and Education and Labor Committees.

Dozens of lawmakers from the U.S. Senate and House ofRepresentatives have contracted COVID-19 or been exposed to the deadly virus over the past year.

Wright is the only sitting member of Congress to succumb to the disease. Luke Letlow, a 41-year-old Republican fromLouisiana who won election to Congress in November, died of COVID-19 late last year before he could be sworn into office.

“Congressman Wright will be remembered as a constitutional conservative. He was a statesman, not an ideologue,” his office said in a statement.

“Despite years of painful, sometimes debilitating treatment for cancer, Ron never lacked the desire to get up and go to work, to motivate those around him, or to offer fatherly advice,” the statement said.