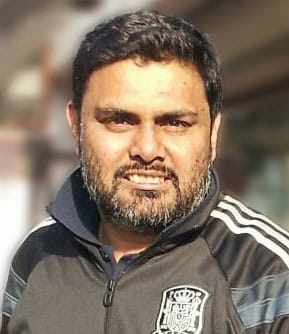 
The Swiss Federal Supreme Court recently dismissed an appeal by South African Caster Semenya, the women’s 800m triple world champion and double Olympic gold winner, against a 2018 World Athletics regulation which ruled that athletes with hyperandrogenism needed to take testosterone reducing drugs to compete in women’s track events between 400 and 1500m. The verdict could effectively bar Semenya from defending her title at the Tokyo Olympics, should she continue to refuse taking the drug. Anthropologist and bioethicist Katrina Karkazis, a senior research fellow with the Global Health Justice Partnership at Yale University, who served as expert witness in India’s Dutee Chand’s landmark legal battle against World Athletics over her ban over hyperandrogenism in 2015, spoke to Siddharth Saxena on the subject:

Did the Swiss court’s outcome surprise you?

The Swiss Supreme Court had a very limited scope of review, which was to determine whether the regulations violate Swiss public policy. In that sense, the ruling was not surprising. What was extraordinary was, in ruling from such a narrow basis, that important findings of fact remain contested was obscured. What these cases underscore is that women athletes face significant barriers to seeking redress for violations of their human rights because these mechanisms fail to account for violations of those rights. That also holds for Dutee Chand’s case, because though her case was successful, it was not owing to recognition of harm.

World Athletics said the rule is to ensure a level playing field for women.

The idea of a level playing field is illusory given the myriad factors that impact athleticism. Moreover, testosterone’s effect on athleticism isn’t straightforward. Many studies across a range of sports show mixed and unfixed relationships between performance and T [testosterone]. And while T does affect parameters related to athleticism, the relationships don’t translate into better sports performance in a clear-cut way. Framing fairness this bluntly ignores that science, which has macro-level consequences, but it also affects real-life women in that it advantages women from the Global North while harming women from the Global South.

Will this ruling trigger interventions that could be potentially harmful?

The women who have been targeted under these regulations have spoken powerfully about the real and potential harms they have experienced. This ruling has authorised those harms. Policy makers, arbitrators and others have presented a scenario of opposing rights between women with higher testosterone and women with lower testosterone. This not only pits women against one another, but it inverts the operations of power and harm – the least advantaged are positioned as “unfairly advantaged”, and any interventions that would alter their T levels are framed as necessary to fairness or even beneficial to them personally. The discrimination is not just against women. It is against women’s narratives about harm.

Will this kind of ruling add to the way people connect T and athleticism?

We wouldn’t have regulations like these if T was not gendered. The idea that testosterone is a male sex hormone responsible for all things manly and masculine and thus problematic in women is an idea that won’t die. But this 100-year-old fallacy instigates regulations like these and enables them by making them sound logical, rational, and scientific. Some of the most pernicious misconceptions are that higher testosterone is a problem in women, it is the most important factor in athleticism, it accounts for the differences between men’s and women’s performances, and that there is a simple relationship between how much testosterone someone has and their athletic performance.

You have said “that the hallmarks of T have been yoked exclusively to men … (is) less a function of science than of ideology.”

Even before testosterone was isolated, researchers worked from the assumption that so-called sex hormones would be exclusive to one sex or the other, and that their physiological roles would be restricted to sexual development and functions. Testosterone and estrogen were assumed to be antagonistic. By the 1930s, however, researchers knew that the effects of these hormones went well beyond sex. Historians and biologists have chronicled decades of experiments that cemented the identities of T as the “male sex hormone” and estrogen as the “female sex hormone” even as scientists struggled to integrate observations that didn’t easily fit this paradigm. This concept has overwhelmingly shaped how scientific information about T is gathered and interpreted, and blocks recognition and acceptance of scientific evidence that does not fit the model, which is why the paradigm persists to this day.

What about testosterone’s relationship with women?

In the book, Testosterone: An Unauthorized Biography, we show how emerging work has demonstrated that T also plays a crucial role in female reproduction. Researchers and biomedical educators have been slow to acknowledge this relationship, which we believe is due to the way it challenges the “sex hormone” concept. 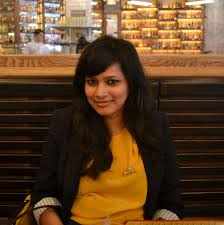 Why E-commerce Is Upset Over New Draft Rules: A quick guide to the latest chapter in the long-running regulatory drama

Garhwal tragedy: The fragile but vital ecology of the Himalayas is demanding it be respected