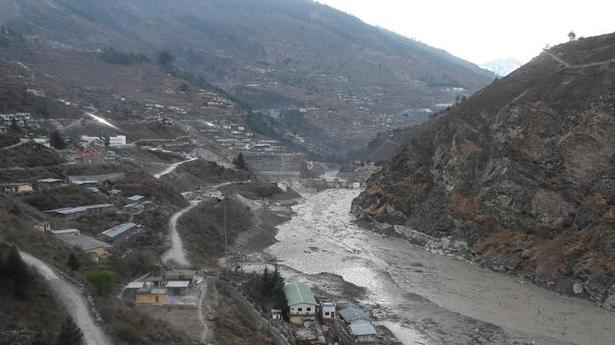 Following flash floods at Chamoli in Uttarakhand, defence personnel are looking for missing persons in a mélange of rock, mud, water, and debris, airlifting rations to inaccessible villages, and repairing bridges and telecommunication networks. Social scientists are assessing the disaster’s impact on the region’s economy. Scientists and policy makers are debating whether climate change or unchecked development in an ecologically fragile region was primarily responsible for the disaster and the death toll. News reports of ancient temples having been swept away in the Alakananda’s raging waters are bringing back traumatic memories of the Kedarnath floods in 2013. All these developments show the profound significance attached to this region and they prompt a historian to ask two fundamental and interrelated questions: How did the Uttarakhand Himalayas emerge as a deva bhumi and how did it develop into a focus of Hindu pilgrimage?

A study of the archaeological record and inscriptional evidence suggests that many and varied agents and processes played important roles in gradually transforming this borderland into a sacred landscape. Artefacts found in the Himalayan foothills that are datable to the period extending from 300 BCE and 600 CE include an Ashokan rock edict, brick altars for conducting ashvamedha yagnas, coin hoards, and sculptures.

The forms of these artefacts and their find-spots indicate deepening contact between communities living in the Gangetic plains and in the foothills. These very developments fostered the growth of Haridwar and Kalsi as cosmopolitan towns and as “gateways” into the Himalayas. Initially, mendicants in search of retreats, merchants eager to enlarge trading networks, adventurous princes in their quest to establish principalities, and artisans in search of employment passed through these gateway towns. Eventually, in the seventh century, a regional tradition of stone temple architecture commenced in the Uttarakhand Himalayas. The earliest shrines in this tradition were built at Palethi and Lakhamandal, just upstream from Haridwar and Kalsi, by visiting sovereigns.

However, these two sites with royal patronage never became major tirthas. Instead, Jageshwar, situated well east of Lakhamandal and Palethi attained this stature. Between the seventh and tenth centuries, builders at Jageshwar modified local geography and ecology to encourage comparisons between it and celebrated locales such as Kashi and Devadarunavana, Shiva’s legendary deodar forest. Eventually, Jageshwar came to have 150 stone temples. These early developments at Jageshwar are relatable to the sway of the Pashupatas and other Shaiva ascetics and not to the rise of local dynasties. In fact, the influence of these ascetic groups in this period distinguishes Uttarakhand from adjoining kingdoms where aristocratic lineages were the primary power brokers.

In time, the development of a distinctive architectural tradition, increases in the priestly population, greater availability of skilled craftsmen, and the emergence of small principalities, helped further alter the status of this borderland and perceptions of it. By the twelfth century, architects, master-masons, and sculptors from lands as far away as Gujarat travelled to Uttarakhand to build temples in elaborate typologies associated with their homelands. And by the thirteenth century, larger entourages of ascetics, and occasionally rulers from distant lands began undertaking pilgrimages to established and emerging tirthas in this mountainous region. Their journeys and activities ultimately paved the way for the Char Dham Yatra.

The Char Dham Yatra today consists of a pilgrimage to Badrinath, Kedarnath, Gangotri, and Yamunotri. Like many other tirthas in Uttarakhand, Badrinath and Kedarnath have long been associated with gods and sages. For instance, in the Mahabharata, Badrinath is described as the site of Narayana’s discourse to Nara. Kedarnath is mentioned in the Skanda Purana, in medieval lists of jyotirlingas, and in the names of temples built as far away as Karnataka.

Additionally, both Badrinath and Kedarnath are associated with Adi Shankara who is said to have visited them in the eighth century. Possibly his followers played a role in constructing temples at Pandukeshwar where medieval edifices built in the Dravida and Nagara modes stand side-by side. The oldest historical evidence of the establishment of a sacred centre at Badrinath comes from a charter dating to the ninth century preserved at Pandukeshwar.

Issued by a hill ruler, the charter instructs priests living at nearby villages of Joshimath and Pandukeshwar to help brahmacharis upstream at Badrinath. Centuries later, in 1808, when a motley troupe of Englishmen reached the Badrinath temple in disguise, they reported it as welcoming 45,000-50,000 pilgrims annually. Given its location in an avalanche-prone valley above the tree line, it is likely that the Badrinath temple has been built and rebuilt several times in its history. Like the present Badrinath temple, the temple standing at Kedarnath today, dates to the early modern period.

As sites located close to the glacial sources of the Ganga and the Yamuna, Gangotri and Yamunotri have also been given sacred associations. Historically sought out by fearless sadhus, in the more recent past they have been visited by intrepid Englishmen eager to participate in ongoing efforts to map India. In the early 20th century, the Jaipur royal family supported the construction of a temple at Gangotri. The shrines at Yamunotri today are ever newer.

Demographic, political, social and economic shifts that have occurred in the past six decades have led to an increase in the number of pilgrims visiting sacred centres in Uttarakhand. After 1962, the Indian government recognised that the world’s highest and loftiest mountain range no longer served as an insurmountable wall. To safeguard against future incursions, a massive development programme along the country’s mountainous northern border was launched. Agencies such as the Border Roads Organisation, the Indo Tibetan Border Police, and the THDC India Limited (formerly Tehri Hydro Development Corporation Limited) were established. They were granted sizeable budgets, and charged with the construction of roads, tunnels, bridges, cantonments, hospitals, dams, and telecommunication pylons.

Over time, these efforts stimulated the region’s economy, nurtured new settlements, and introduced infrastructure that facilitated pilgrimage to select sacred centres. The foundations laid by the agencies intensified after 2000 when owing to regional demands for greater political autonomy, Uttarakhand was carved out of sprawling Uttar Pradesh. Recognising religious tourism as an important source of income for a landlocked State mostly covered by snowcapped peaks and dense forests, a succession of governments have created further amenities for pilgrims, widely publicised initiatives, and embarked on the construction of new dams, multi-lane highways, and railroads. As a result of these efforts, many more individuals now undertake sacred journeys, which until 60 years ago were made by only the bravest, fittest, and most determined pilgrims.

The 2013 Kedarnath floods and the flash floods that have swept through the Alakananda Valley earlier this week suggest that ham-handed development in the name of god, or otherwise, can come at an agonising cost. Now is the time for our leaders to recommit themselves to the ideas and activism of Chandi Prasad Bhatt, Gaura Devi, Guru das Agrawal, Ravi Chopra, Sunderlal Bahuguna, Vandana Shiva, and other Gandhian environmentalists and social workers. Over the past few decades, they have mobilised local communities to protect Uttarakhand’s forests, created local employment, and questioned the wisdom of constructing large hydroelectric projects in a seismically sensitive sacred landscape. They have also reminded us that unless we change our course of action, another Himalayan miscalculation is imminent.

Nachiket Chanchani is an associate professor at the University of Michigan, Ann Arbor, U.S. and the author of  Mountain Temples and Temple Mountains: Architecture, Religion, and Nature in the Central Himalayas

U.K. returnees in the dark about test report 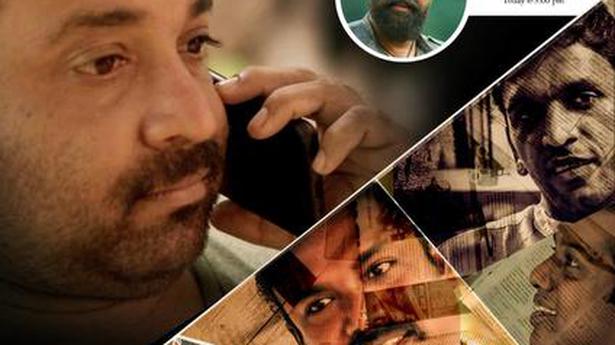