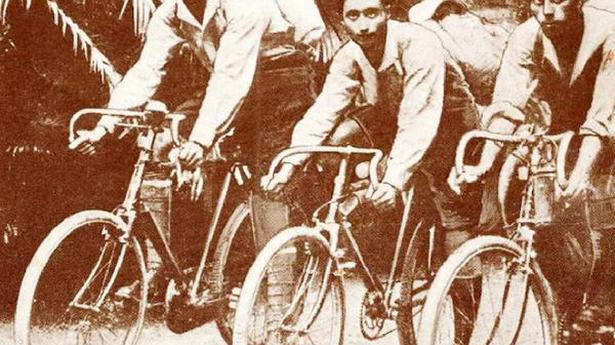 In their new book, Anoop Babani and Savia Viegas capture the five separate expeditions the men, all belonging to the Parsi community, undertook

Last November, tired of being cooped up at home, travel enthusiasts Bakcen George, Allwyn Joseph and Ratish Bhalerao decided to ‘work from cycle’. Carrying their devices and basic necessities, the trio cycled from Mumbai to Kanyakumari — a journey of 1,687 km that took over a month — while meeting their daily work targets. An impressive feat, but not without precedent.

Nearly a century ago, between 1923 and 1942, 12 Parsi men pedalled across the world on their fixed-gear push bikes, traversing the Amazon forest, Sahara Desert, Persia, Korea, Europe and America, witnessing historic events and meeting people who would shape history in the years to come.

In 1923, the Super Six — Adi B Hakim, Gustad G Hathiram, Jal P Bapasola, Keki D Pochkhanawala, Nariman B Kapadia and Rustom B Bhumgara — set off from Bombay on the first-ever expedition by Indian cyclists. However, only Hakim, Bapasola and Bhumgara completed their journey over four-and-a-half years (the others called it off midway for personal reasons).

In 1924, Framroze Davar cycled more than 9,000 km by himself, for nearly 10 months, before meeting a young rider, Gustav Sztavjanik in Vienna, who joined him on his expedition. Cyclists Keki J Kharas, Rustam D Ghandhi and Rutton D Shroff rode from Bombay in 1933, while Jamshed Mody and Manek Vajifdar each began their solo journeys in 1934.

These epic adventures have been painstakingly compiled by former journalist Anoop Babani and writer-painter Savia Viegas in their new book, The Bicycle Diaries, which will release tomorrow. Avid cyclists themselves (“we try to cycle at least six times a week”), Babani says the couple caught the bug in their 60s after moving to Goa from Mumbai in 2005.

Why did they do it?

He learned about the cyclists by chance, after he suffered a fall in 2017 that forced him to keep his feet off the pedal for three months. “We were reading about the Super Six when we found that [Hakim, Bapasola and Bhumgara] had written a book, With Cyclists Round the World. It mentioned Davar [whose journey the couple found the most interesting], and, following that, we learnt about the third journey. By then we had started contacting their grandchildren, grandnephews, friends and neighbours for more information,” says Babani, who curated a photo exhibition on the cyclists, Our Saddles, Our Butts, Their World, in 2018 (Goa) and 2019 (Mumbai). “After reading about the exhibitions in Parsi journals, the daughters of Mody and Vajifdar [who live abroad] wrote to us about their fathers being cyclists too.”

By then they had gathered so much material that they felt “the best thing would be to honour these journeys by compiling them in a book”. Says Viegas, “India doesn’t have a sense of history the way the world does, where every little event that is recorded goes to a museum. But these families still had handwritten notes, photos, and their travel paraphernalia.” Surprisingly, Babani learned that the cyclists had not talked much about their journeys. “When they came back, there were no jobs. Many of them returned when the freedom struggle was at its height. Their children told us that their fathers weren’t very happy people. Nobody really cared about their achievements, so they didn’t talk much about their expeditions. So there were less stories than I expected,” he says.

Why would journeys that happened nearly 100 years ago be of interest to young people today? “It has a lot of relevance because sports history is going to become a part of academics,” says Viegas, a former academician. “[It also serves as inspiration] for younger people. These cyclists went through such hardships; they made themselves into some kind of superhuman machines, travelling with cycles that did not have the wherewithal to go through the desert heat, for example [they stuffed it with straw to make the tyres last].”

Moreover, the cycle has been gaining popularity recently — many cities have Bicycle Mayors, cycle lanes have come up in Bengaluru. Additionally, sales went up by 100% between May and September last year, according to the All India Bicycle Manufacturers’ Association. “The cycle is a machine that’s coming back to life. It is street-friendly and can keep the body healthy. It is very important for youngsters to not only learn to ride it but also realise how it has been a vehicle of adventure. There are so many more stories from places like Europe and South America. It is something that should be in the curriculum,” Viegas concludes.

The book is priced at ₹599. For copies, email [email protected] Twenty20 petitions SEC for repoll in two booths in Kizhakkambalam 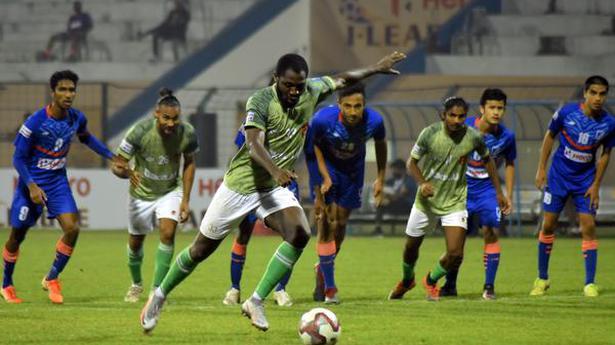