Many have left for Tamil Nadu for better jobs, some have not returned after lockdown

The plantation areas of Peerumade, Udumbanchola, and Devikulam taluks in Idukki are witnessing a rare happening this election season. Election managers here are in search of the people on the voters’ list.

An election manager in Peerumade taluk says around 65 persons who have votes in a ward of a grama panchayat remain untraced. An enquiry found that they had shifted from there sometime ago. “It is difficult to trace them as we do not have their phone number or address.”

In a ward with nearly 1,000 votes, these numbers matter. Those living in estate lanes usually move to their native places after retirement. Both cardamom and tea plantation areas are witnessing a drop in the number of voters, according to the election managers.

In Udumbanchola taluk, the drop in numbers is more in cardamom plantations, whereas in Devikulam and Peerumade taluks, the higher number of absentees is in tea plantations. Candidates of all political parties are likely to feel the impact.

Many tea estates in Peerumade have remained closed after a crisis hit the tea sector nearly two decades ago. A large number of families migrated to Tamil Nadu in search of better lives. The absence is most evident in Peerumade, Vandiperiyar, and Elappara grama panchayats in Peerumade taluk. In some wards there, around 20% of voters are missing. “We have traced a few of them and they agreed to vote,” said a candidate in a ward in Elappara grama panchayat.

A leader of a major political party in Kattappana said many who had gone to their native places after the COVID-19-induced lockdown had not returned. Party workers there were being directed to bring them back, he added.

District Collector H. Dinesan said that political parties were given time till November 10 to revise the voters’ list. If someone was found absent, they should have been called for a personal hearing by the secretary in a grama panchayat. Those unable to be present there, should have been eliminated from the list, after giving another opportunity for appeal before the District Collector. He said that every chance of double voting would be countered.

COVID positive citizens to get time to vote 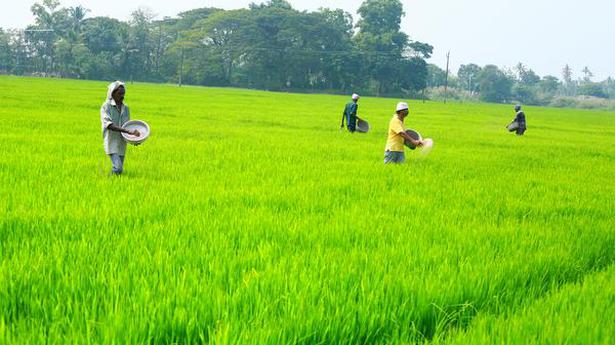 Kuttanad all geared up for paddy harvest