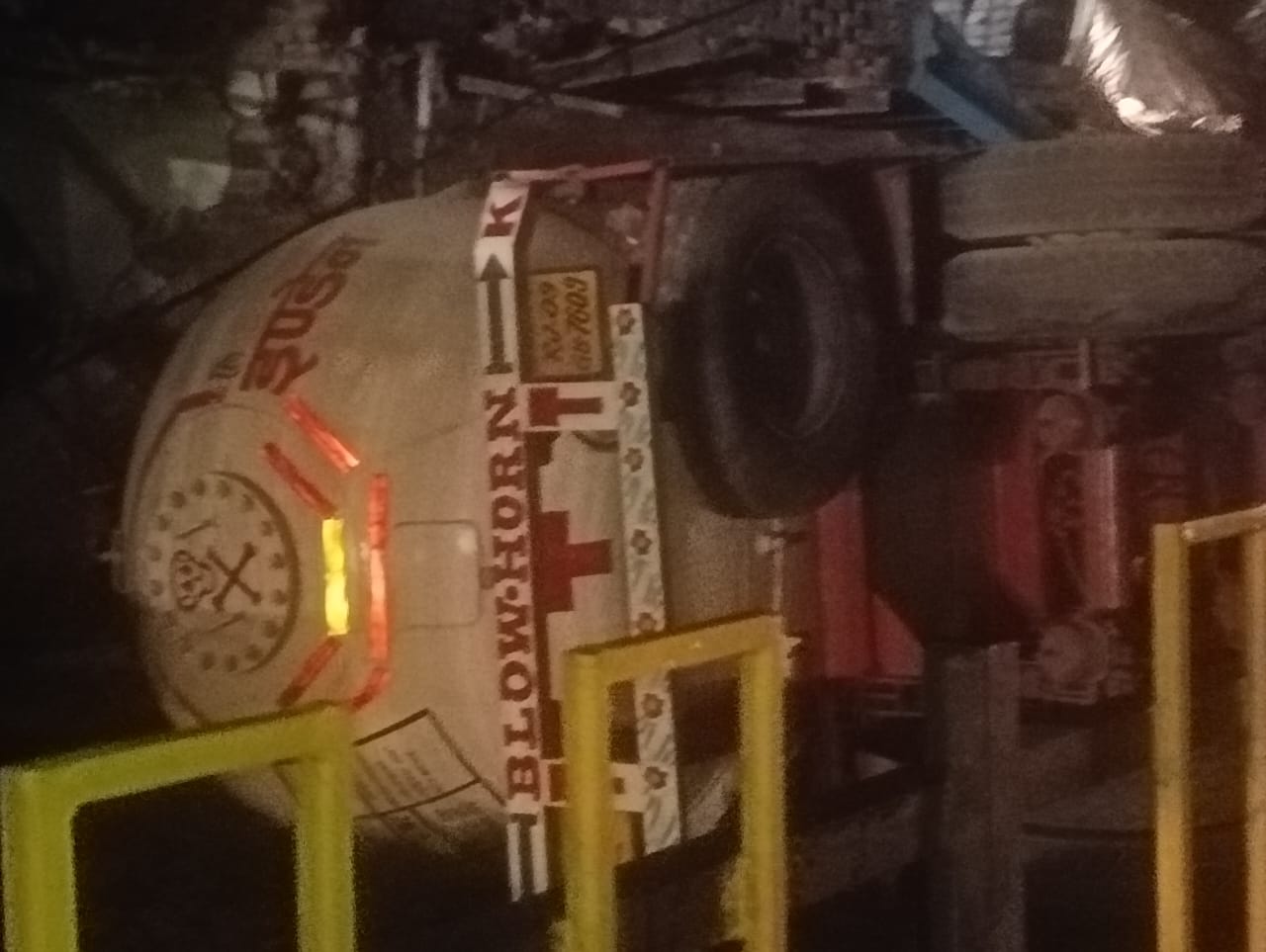 In Etmadpur in Agra, the area was evacuated at night due to gas leakage due to overturning of a gas tanker.

Gas leak occurred due to overturning of LPG tanker on the highway.

The incident took place around 9.30 pm
The LPG tanker going from Mathura to Farrukhabad overturned breaking the electric pole on Wednesday night at Barhan Tirahe of Etmadpur. The tanker had 20,000 liters of LPG. There was a loud sound of tanker overturning. People around came out of the houses. There was a crowd of people on the spot. Meanwhile, gas started leaking from the tanker. The smell of gas spread everywhere. Due to the smell of gas for about half a kilometer, the people of the new township started facing problems. Due to difficulty in breathing, people went away from their homes.

Due to the gas spreading all around, the electricity in the area was disconnected.

power supply off
Police reached the spot on the information of LPG tanker overturning and gas leakage. In a hurry, the power supply of the area was stopped. The fire brigade also reached. No efforts were made to stop the gas leak for about an hour after the incident. Couldn’t figure out how to stop the leak. As time passed, the smell of gas was spreading all around.

Accident due to steering failure
Tanker driver Kaimulla told that he was taking the tanker from Mathura Refinery to Farrukhabad. Suddenly the steering of the tanker failed. Because of this, the tanker collided with the pillar and overturned. He informed the IOC officials about this.

jam for several kilometers
Due to gas leakage from the tanker on the highway, the police stopped the traffic on the highway. Due to this, there was a long jam for several kilometers on both sides. There was a jam from Etmadpur to Tundla till 12 o’clock in the night. There, there was a queue of vehicles from Etmadpur to Chalesar. Police diverted the route, due to which the Kuberpur and Khandauli road also got jammed.

Engineers also could not work
Engineers from Mathura Refinery also arrived at 12 o’clock in the night on the gas leak. A crane was also called to remove the tanker, but the tanker could not be straightened due to difficulty in breathing. In such a situation, waited till the gas ran out. At the same time, the police kept making announcements to the driver and other people for lighting matches and not smoking beedi-cigarettes. People were also not allowed to go home. People stood outside their homes in the cold. 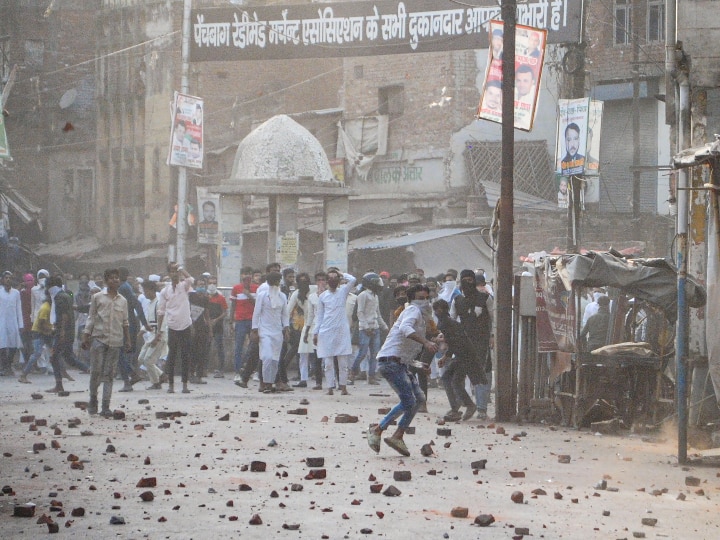 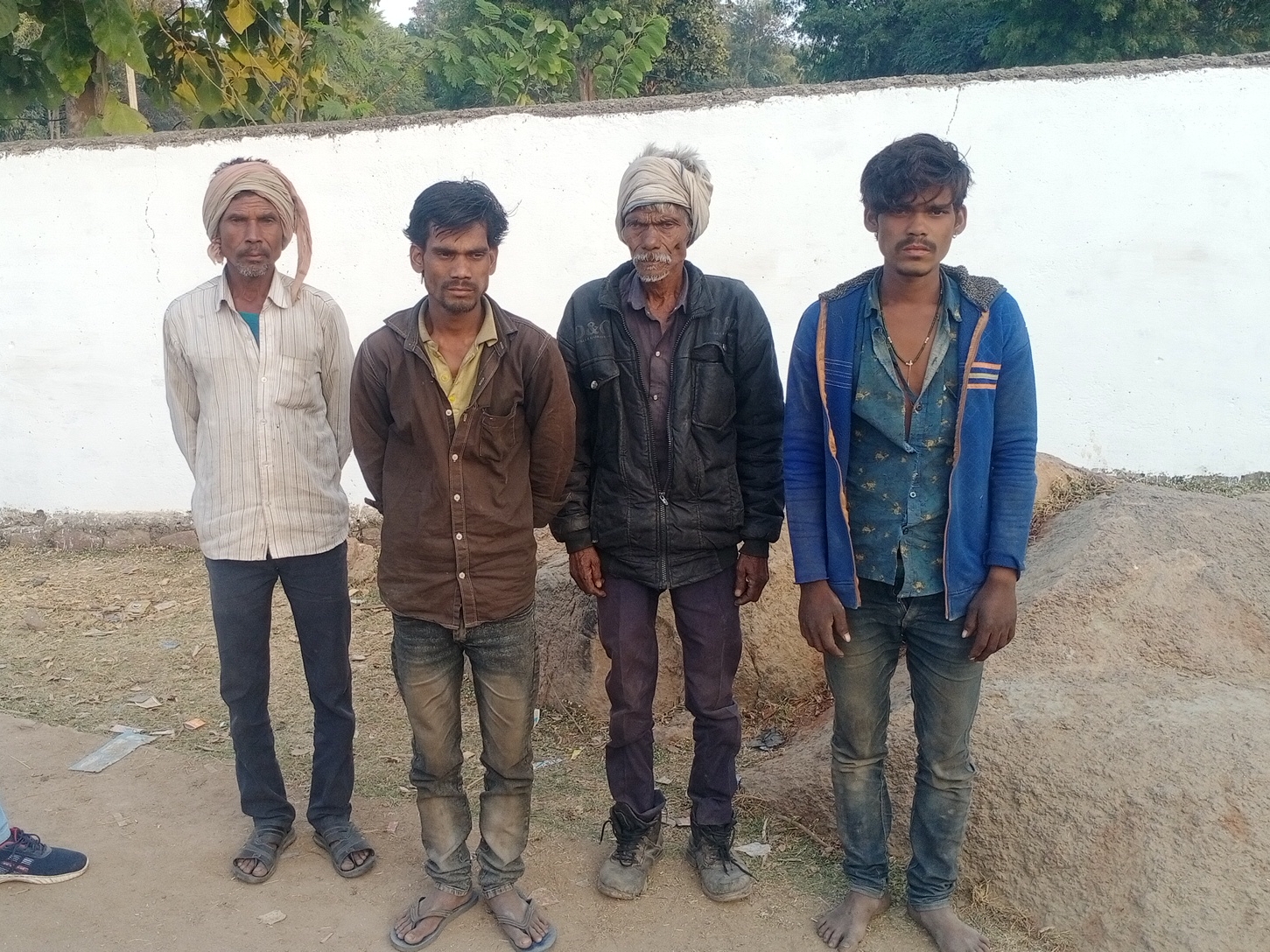