Has the possibility of a lab-leak been ruled out? Did the virus directly jump from bats to humans?

The story so far: After several months of delay, concerns over access, and bickering between China and the U.S., a 17-member team from the World Health Organisation began a field visit on January 29, 2021, to unearth the origin of the SARS-CoV-2 virus that has so far spread to over 108 million people and killed nearly 2.4 million people across the globe. According to the WHO, the field visits included the Wuhan Institute of Virology, the Huanan market, and the Wuhan CDC (Center for Disease Control and Prevention) laboratory. It said the team was “limited to visits organised by Chinese hosts and had no contact with community members, because of health restrictions”, Reuters reported.

What are the four scenarios of virus origin that were investigated?

The WHO team undertook scientific investigations to look at four main scenarios for the origin of the virus. The first possibility is that a single individual had got infected with the virus through direct contact with bats and then spread it to others before the virus made its way to Wuhan. The second scenario is of the virus crossing the species barrier from bats to humans through an intermediary species, which has still not been found. The third possibility is that the virus originated outside China and spread to Wuhan through imported frozen food, and the last scenario is that the virus leaked from the Wuhan Institute of Virology, which has been studying coronaviruses.

Editorial | Origin and spread: On the source of SARS-CoV-2

When and where did the outbreak begin in China?

Though the first cluster of cases was reported from Wuhan in December, early data suggest that the virus could have been circulating in the Chinese city for several weeks before it was identified. According to the WHO, there have not been any large-scale outbreaks in the Chinese city or outside before December 2019. But the team has not ruled out the possibility of the virus circulating in other regions well before December 2019.

What role did the Huanan wet market play?

Though the first cluster of cases reported in Wuhan had links to the wet market, it soon became apparent that several infected people did not have any link to it. There is not enough evidence to determine how the virus entered the wet market, but there are two likely possibilities — the virus was introduced into the market either through one or more infected people or through frozen food.

Has the possibility of a lab-leak been ruled out?

The WHO fact-finding team had initially rejected the possibility of a lab-leak saying it is “extremely unlikely” and that further investigation into it was not required. However, at a press briefing on February 12, WHO Chief Tedros A. Ghebreyesus appeared to backpaddle, saying that upon discussing with a few team members “all hypotheses [including the lab-leak] remain open and require further analysis and studies”.

Also read | SARS-CoV-2 ‘unlikely’ to have leaked from lab, says WHO team

Did the virus directly jump from bats to humans?

The role of an intermediary host gains currency as previous coronavirus outbreaks — SARS (severe acute respiratory syndrome) and MERS (Middle East respiratory syndrome) — have occurred through civets and camels, respectively. The SARS-CoV-2 virus, with its distinctive spike protein that allows it to bind to human receptors and enter cells, may have either evolved in the intermediate host itself, making the virus spread readily from one person to another, or it may have gained the ability for human-to-human transmission in humans after jumping from an intermediate host. In the latter case, the virus may have evolved certain characteristics in the intermediate host and then gained other features within a human host. The virus may have been silently spreading among humans in a limited fashion before gaining the ability to cause a large outbreak, and then the pandemic.

What do the genome sequence data reveal about the virus origin?

Based on the analysis of public genome sequence data from SARS-CoV-2 and related viruses, scientists have not found any evidence that the virus was made in a laboratory or engineered by humans.

Dr. David Robertson, Professor, Viral Genomics and Bioinformatics at MRC-University of Glasgow Centre for Virus Research, in an email to The Hindu says based on genome sequence data, there are no signatures of the virus being altered or manipulated in a lab. “Although showing differences in sequence similarity, SARS-CoV-2 looks very much like a natural virus transferred from the same horseshoe bat species as the first SARS virus, and is now evolving as would be expected in the human population,” Dr. Robertson writes.

According to him, there is substantial proof that the virus has not been engineered in a lab. “First, if one was to engineer a SARS-like virus, you would copy SARS-CoV-1 more closely. This new virus is highly divergent to SARS-CoV-1. There are lots of these viruses in bats and evidence that some could use human cells. So, the emergence of this new virus isn’t all that surprising,” says Dr. Robertson. He also says genome sequencing would detect any genetic changes made to the virus.

Dr. Koen Van Rompay from the California National Primate Research Center, University of California, told The Hindu: “Our understanding of how to manipulate certain gene sequences to change in vivo virulence and pathogenesis is still very limited, and would be mostly trial and error. It would be very difficult to predict the outcome especially when introducing multiple mutations that can interact with each other.” Dr. Rompay adds: “When viruses replicate in vivo and transmit, that is the most efficient way to get selection for more replication-competent mutants that can continue to evolve.” 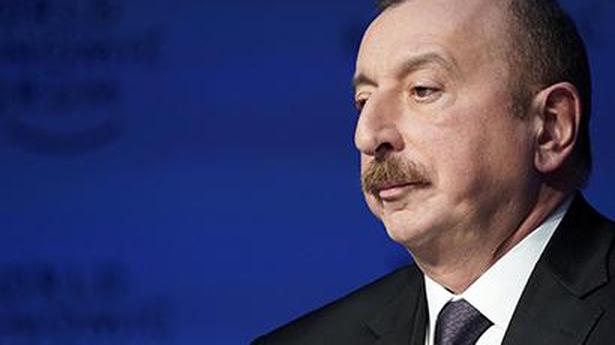