What led to the flare-up on the boundary with Mizoram, and why is Assam embroiled in conflicts with other States?

The story so far: The recent violence and tension on the Assam-Mizoram border underlines the differences they have nurtured since 1972, when Mizoram was carved out of Assam as a Union Territory. Mizoram became a State in 1987. But there have been frequent skirmishes along the 164.6-km border. In November, the death of a man from Assam in custody in Mizoram threatened to snowball into a major crisis until top officials of the two States and the Centre got together to cool tempers.

What triggered the unrest?

Three districts of southern Assam’s Barak Valley — Cachar, Hailakandi and Karimganj — border Kolasib and Mamit districts of Mizoram. National Highway (NH) 306, Mizoram’s lifeline, connects Lailapur in Cachar district with Vairengte in Kolasib district across the imprecise boundary. On October 9, a farm hut and a betel nut plantation belonging to two Mizoram residents were set on fire in an area bordering Karimganj and Mamit district. Some people from Lailapur allegedly pelted stones at Mizoram police personnel the following day. Mizoram residents retaliated, but the animosity subsided only to flare up on October 17, when “miscreants” set fire to about 20 houses and shops along the border and at least eight people were injured in clashes. Assam-based organisations blocked NH306 and other roads leading to Mizoram. The blockade was lifted on October 22 after negotiations between the two States and intervention by the Ministry of Home Affairs. But Mizoram police’s refusal to withdraw from the disputed areas led to another blockade from October 28. The situation threatened to get out of control when an Assamese man named Imtiaz Ali Laskar died in custody in Mizoram. While Mizoram claimed he was a drug peddler, Assam said he was a poor firewood collector. The tension eased when personnel of the Border Security Force and Sashastra Seema Bal began patrolling three flashpoints on the border. The blockade was lifted on November 9.

Was it a one-off conflict?

No. The last instance of violence along the Assam-Mizoram border was in February 2018, when the Mizo Zirlai Pawl (students’ union) had built a wooden rest-house for farmers in a forest. Assam police and forest officials demolished the structure, claiming it was in Assam’s territory. Members of the union clashed with Assam police personnel, who wielded their canes on people from across the border. The scale of the violence was larger than earlier intermittent conflicts along the border.

There have been several rounds of talks between the two States since 1995 to resolve the border issue in vain. Mizoram has also had border issues with Tripura, particularly over claims and counter-claims over Phuldungsei village in North Tripura district. The Phuldungsei issue, involving a bid to reconstruct an old temple by the Bru tribal people, had flared up almost at the same time as the Lailapur incident.

What is the genesis of the trouble?

H. Lalthangliana and Lalrozama, Deputy Commissioners of Mizoram’s Kolasib and Mamit districts, said people from Assam violated the status quo – as agreed upon between the two State governments a few years ago – in “no man’s land” to trigger the present crisis. Keerthi Jalli and Anbamuthan M.P., their counterparts in Assam’s Cachar and Karimganj districts, said the contested land belongs to Assam according to revenue records. Officials and locals in Assam claim Mizos have been squatting in areas 1-3 km from the inter-State border. But Mizoram groups disagree, claiming that the authorities in Assam have been using “illegal Bangladeshis” to move 10-12 km inside their territory. The official stand of Mizoram is that the boundary should be demarcated on the basis of a notification in 1875 that distinguished the Lushai Hills (present-day Mizoram and erstwhile district of Assam) from the plains of Cachar. The notification is derived from the Bengal Eastern Frontier Regulation Act, 1873 that makes it obligatory for Indians from outside to possess a travel document to enter Mizoram. The point of conflict is another British-era notification of 1933 that Assam follows. Mizo leaders say this notification is not acceptable as their ancestors had not been consulted. Assam leaders reject this argument since the scenario, they say, was similar during the 1875 notification.

Are there other boundary issues in the northeast?

Assam has had boundary problems with all its north-eastern neighbours, except Manipur and Tripura that had existed as separate entities. The primary reason is that the other States, a part of Assam during the British rule, have contested the boundaries since they became States, beginning with Nagaland in 1963. At least 350 people have lost their lives on Assam’s periphery, mostly along the 512.1 km boundary with Nagaland since 1965. Assam has accepted several recommendations of border commissions set up by the Supreme Court, but other States have been sticking to “historical boundaries” that go back to the period before 1826, when the British annexed undivided Assam and included the hills as its provinces. Meghalaya, for instance, challenged the Assam Reorganisation Act of 1971, claiming that two blocks in Assam’s Karbi Anglong district belonged to the erstwhile United Khasi and Jaintia Hills created in 1835. Assam says its neighbours have encroached upon more than 75,000 hectares of land. Revenue records of the Assam government say Nagaland has encroached upon 19,819.62 hectares, Arunachal Pradesh 5,756.02 hectares and Meghalaya 65.62 hectares since 2001. However, the States agree that the border residents will continue to bear the brunt of the unrest unless an acceptable solution is arrived at. 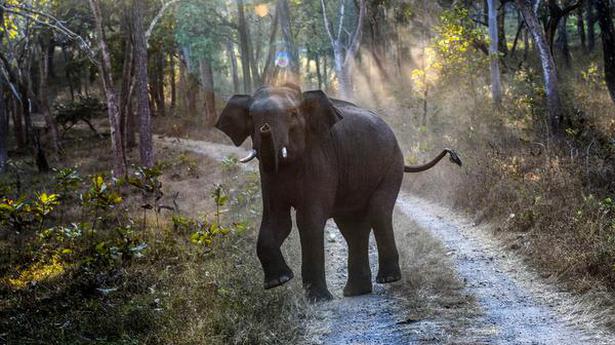