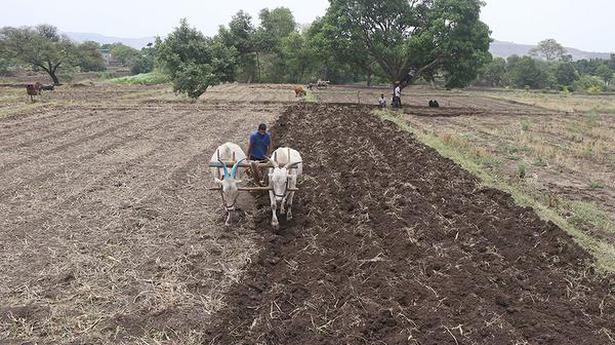 Does India need to change the land ownership process, and what are the hurdles in implementing it?

The story so far: The Centre wants to reform the country’s land markets through a fundamental legal and procedural shift in how land titles are awarded. In 2020, even as laws for farm reform and labour code reform were being enacted, the government’s think tank, NITI Aayog, took steps to initiate land reforms. A Model Bill on Conclusive Land Titling was sent to States and Union Territories last June seeking their comments. In September, after many States failed to send in their feedback, the Centre warned that their agreement would be presumed.

How does the current system work and what will change in the new system?

India currently follows a system of presumptive land titling. This means that land records are maintained, with information on possession, which is determined through details of past transactions. Ownership, then, is established on the basis of current possession. Registration of land is actually a registration of transactions, such as sale deeds, records of inheritance, mortgage and lease. Holding registration papers does not actually involve the government or the legal framework guaranteeing the ownership title of the land.

Also read | Having a ‘title’: what it means in real estate

On the other hand, under a conclusive land titling system, land records designate actual ownership. The title is granted by the government, which takes the responsibility for accuracy. Once a title is granted, any other claimant will have to settle disputes with the government, not the title holder. Further, under conclusive land titling, the government may provide compensation to claimants in case of disputes, but the title holder is not in any danger of losing ownership, says agricultural economist T. Haque, who chaired the Special Cell on Land Policy at NITI Aayog which recommended a shift to conclusive titling in a 2017 report.

Why is conclusive land titling needed?

The main advantage is that a conclusive system will drastically lower litigation related to land. According to a 2007 World Bank study on ‘Land Policies for growth and poverty reduction’, land-related disputes accounted for two-thirds of all pending court cases in India. A NITI Aayog study on strengthening arbitration estimated that disputes on land or real estate take an average time of 20 years in the courts to be resolved.

“Right now, because land titles are based on transactions, people have to keep the entire chain of transaction records, and a dispute on any link in that chain causes ambiguity in ownership,” says Dr. Haque.

Also read | The Encumbrance Certificate: Everything you need to know

He says the potential impact is extensive. “Once conclusive titling is in place, investors who want to purchase land for business activities will be able to do so without facing the constant risk that their ownership may be questioned and their entire investment may go to waste,” he says, noting that the spectre of long-running court cases currently stifles the appetite for investment in many sectors of the economy. “The idea is to promote an active land market,” he adds.

Land disputes and unclear titling also create hurdles for infrastructure development and housing construction, leading to costly delays and inefficiency. In cities, urban local bodies depend on property taxes that can be levied properly only if there is clear ownership data available. Ambiguity in ownership also results in a black market for land transactions, which deprives the government of taxes.

In rural areas, the need is even more acute. Access to agricultural credit is dependent on the ability to use land as collateral. Without being able to prove their ownership of land and access formal credit from banks, small and marginal farmers are often left at the mercy of unscrupulous moneylenders, entrenching themselves in a mountain of debt.

What does the model Bill propose?

The Bill circulated by the NITI Aayog in 2020 calls for Land Authorities to be set up by each State government, which will appoint a Title Registration Officer (TRO) to prepare and publish a draft list of land titles based on existing records and documents. This will be considered a valid notice to all potential claimants interested in the property, who will have to file their claims or objections within a set period of time.

If disputing claims are received, the TRO will verify all the relevant documents and refer the case to a Land Dispute Resolution Officer (LDRO) for resolution. However, disputes which are already pending in courts cannot be resolved in this way.

Having considered and resolved all the disputed claims, the Land Authority will publish a Record of Titles. Over a three-year period, these titles and the decisions of the TRO and the LDRO can be challenged before Land Titling Appellate Tribunals, which will be set up under the law. After a three-year period, entries in the Record of Titles will be considered conclusive proof of ownership. Further appeals can only be taken up in High Courts.

What are the difficulties?

“The biggest challenge is that land records have not been updated for decades, especially in rural and semi-urban areas. Land records are often in the name of the grandparents of the current owner, with no proof of inheritance. Unless they are based on updated records, conclusive land titles could create even more problems,” says Dr. Haque. He says comprehensive village-level surveys with community involvement are a necessary precursor to the land titling process. Relying on current records or even satellite imagery will not provide the same accuracy as actual, on-the-ground, local surveys. However, local governments have not been provided with the resources or manpower to conduct such surveys, says Dr. Haque. If surveys are not conducted, the onus falls on village claimants, many of whom have no access to documentation, to proactively challenge the titling during the three-year period. Duck farmers to get damages