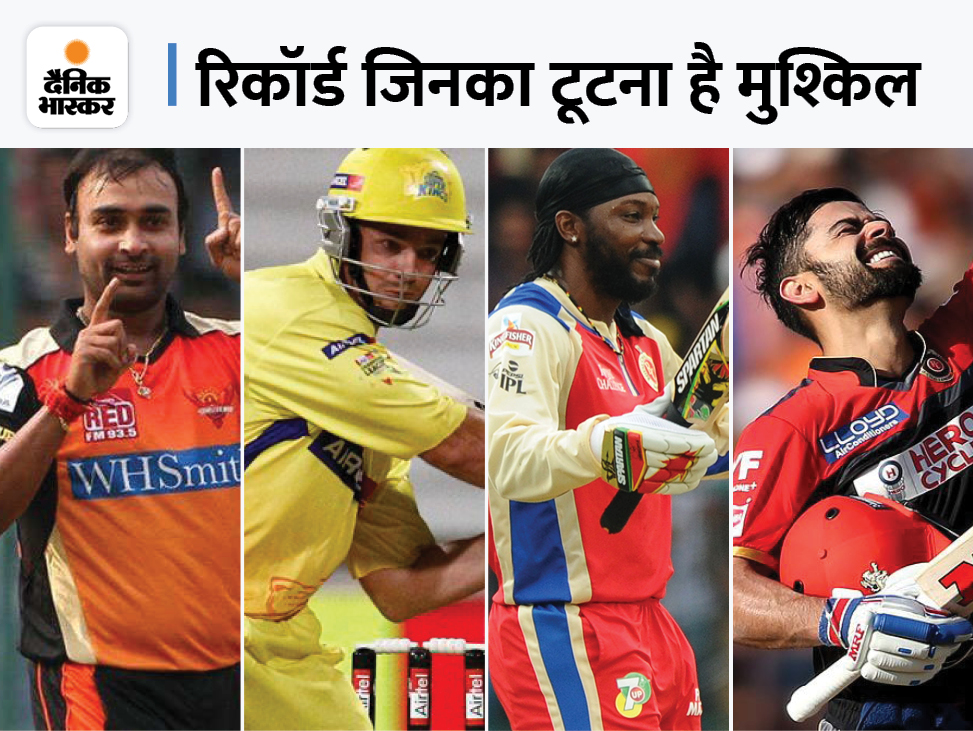 The 15th season of IPL is about to begin. There are many such records in IPL from 2008 till now, which are very difficult to break. When IPL is starting from 26 March. Everyone’s eyes will be whether these records will be broken this time? Let’s take a look at some such records…

Chris Gayle, known for hitting long sixes, has the highest score of the tournament. He broke Brendon McCullum’s record of 158 runs. Gayle scored 175 runs in 66 balls against Pune Warriors in 2013. After this innings, Mahendra Singh Dhoni had said on social media – Seeing Gayle’s game, I think that my decision to become a wicketkeeper was right. Gayle hit 17 sixes in the innings. The fastest century in IPL history is also named after Chris Gayle’s innings. During that time Gayle had scored a century in just 30 balls.

The date was 23 April 2013 and the ground was Chinnaswamy Stadium in Bangalore. Chris Gayle played this historic innings for RCB, captained by Virat Kohli. The big thing was that the entire team of Pune Warriors could not score as many runs as Gayle alone had scored. RCB had scored 263 runs for the loss of five wickets.

Bowling in 20 overs is not easy. Playing for Mumbai Indians, Alzarri Joseph took 6/12 in 3.4 overs. Sunrisers Hyderabad’s legendary batsman could not do anything in front of his balls. This was the debut match of Alzarri Joseph in the IPL. He was named in the squad in place of the injured Adam Milne.

Against Hyderabad, taking Alzarri Joseph into the team at the last minute proved beneficial against Mumbai. When Mumbai’s team had given a small target of just 137 runs to Hyderabad while playing first, Alzarri gave a big relief to Mumbai by taking the wicket of David Warner in the fifth over against Hyderabad. After that, he did not even take the name of stopping. In that season, Alzarri was bought by Mumbai Indians for 75 lakhs.

KL Rahul after hitting the fastest 50 in IPL history against Delhi Capitals in 2018.

KL Rahul holds the record for making the fastest fifty in IPL. In IPL 2018, Rahul played a stormy innings of 51 runs in 14 balls against Delhi Capitals while playing for Kings XI Punjab as captain. Yusuf Pathan and Sunil Narine are jointly at number two in the list. Both did this feat in 15 balls.

Most hat-tricks in IPL

Amit Mishra took a hat-trick against Pune Warriors India while playing for Sunrisers Hyderabad in 2013.

Leg spinner Amit Mishra holds the record for taking the most hat-tricks in IPL history. Mishra has taken hat-trick 3 times in IPL history. Mishra had registered a hat-trick for the first time in 2008 for Delhi vs Deccan Chargers, second time for Deccan Chargers vs Punjab in 2011 and third time for Sunrisers in 2013. This time Amit was not bought by any team. Yuvraj Singh’s name comes after Amit Mishra, who has taken IPL hat-trick twice.

Most runs in a season of IPL

The record of scoring the most runs in a season of IPL is recorded in the name of former RCB captain Virat Kohli. In the 2016 season, Kohli scored a total of 973 runs in 16 matches at an average of 81. In 16 innings, Virat also scored 4 centuries and 7 fifties. Apart from Virat, till date no player has managed to score 900 runs in a season.

Albie Morkel during the longest six in IPL history for Chennai against Deccan Chargers in 2008.

The record of hitting the longest six in the history of IPL is held by Albie Morkel. Morkel had hit a 125m long six against Deccan Chargers while playing for Chennai in 2008. The bowler was Pragyan Ojha. The shot went off the ground and the match had to be stopped for some time. 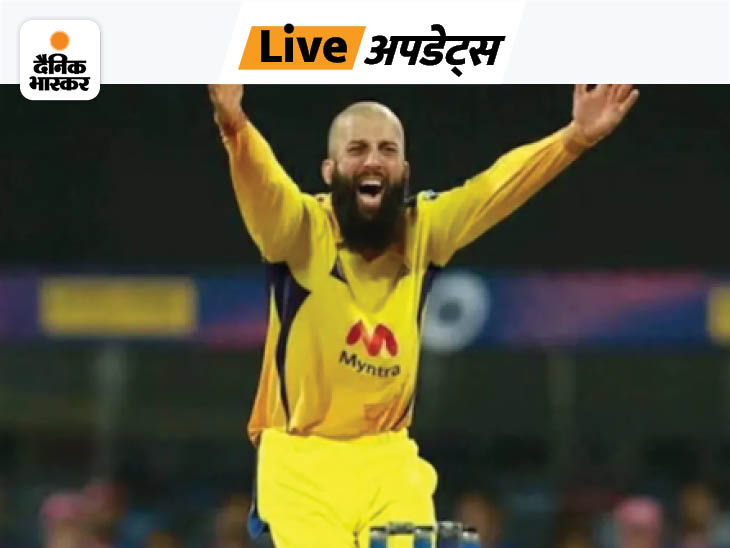 IPL LIVE UPDATES: CSK star Moeen Ali with team after completing quarantine; Can get place in playing-11 against Lucknow

Bolt narrowly escaped injury: Trent Boult was hit by a fellow player in the live match, fell on the field