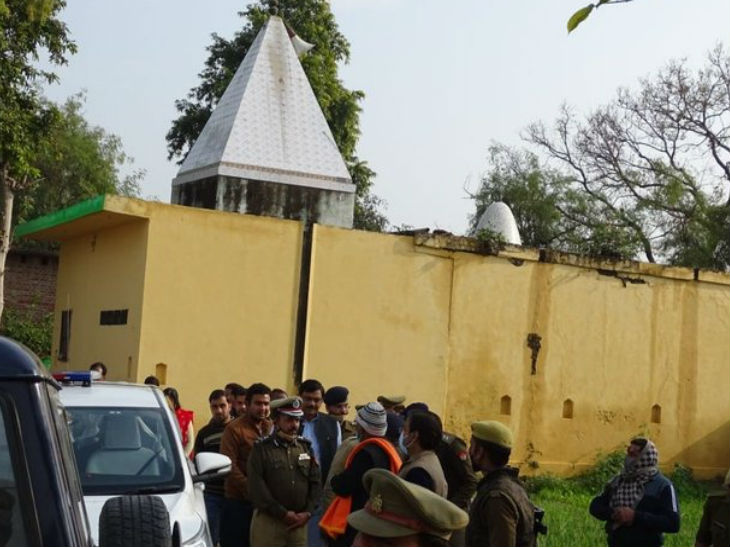 A 50-year-old woman was allegedly forcibly gang-raped by a temple priest and her two disciples at Ughaiti in Badaun district in UP.

An embarrassing incident has come to light in the Ughaiti region about 40 km from here. A priest of a 50-year-old woman was gang-raped along with two of her companions and crossed the limits of cruelty and killed her. Not only this, the accused escaped by throwing him in front of the house. When the incident recalls the 12-year-old daughter of the deceased, Sihar wakes up. In a phone conversation with Dainik Bhaskar correspondent, she told that she is still scared. There are policemen all over the village. I miss my mother The younger daughter said that when the mother came to the door in a senseless situation, there was bleeding from her place. We could not understand anything. I am still afraid of what will happen next.

Mother wanted me to do a government job: son
The 18-year-old young man sitting between sisters and relatives is confused. He is fretting over the matter In the conversation, he said that I have just passed the intermediate examination and taken admission in graduation. My mother wanted to teach a lot to our siblings so that we could overcome the poverty of the house. She wanted me to study in government or do a government job.

The son said that from the time I was in inter, she used to get me the form of government job. On the question of whose fault it is in this whole case, the son says that when the mother came to the door, she was dead. We told the police on phone then went to the police station, but no one was listening. The entire police station was empty. Had the police taken action immediately, the accused would not have escaped. Now we want that we should not be implicated in court court and trial case like Nirbhaya, the accused should be hanged immediately. 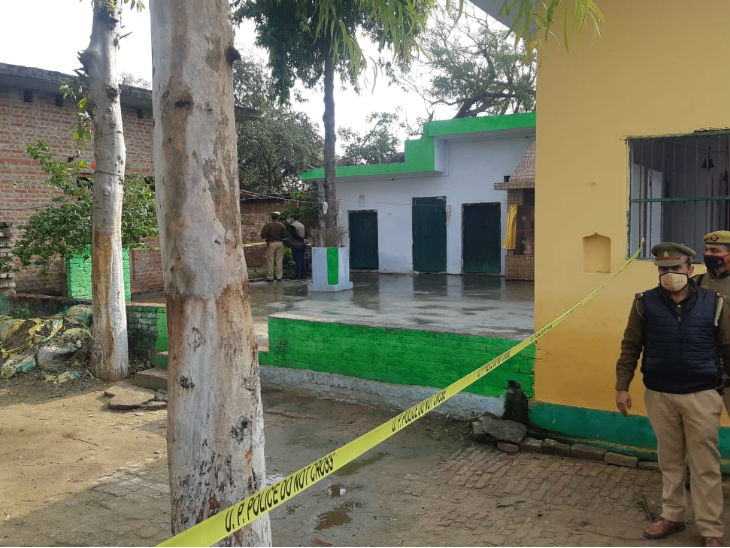 Police stationed at the scene in Ughaiti.

Used to earn 5 to 7 thousand, mortgaged the farm and married the girls and built the house
The deceased gang rape victim has a family of 4 daughters, her mother-in-law, husband and a son. Two of these daughters are married. The younger son-in-law told that my mother-in-law worked as an Anganwadi assistant, as well as BLO. Together, there was an income of 5 to 6 thousand. If my father-in-law is ill, he would bear the cost of his treatment. Whereas, two younger daughters and a son are studying.

The son-in-law told that there was four bigha farming in my in-law’s house by mortgaging it to the mother-in-law’s moneylender and got the girls married and built a house. She could not even pay the moneylender. When the moneylender gets the money, then he will leave the land. He said that we family members want the boy to get the job he was working on. After all, the expenses of the house also have to go. Father’s medicines will not stop. He said that we want the accused to be hanged at the earliest. 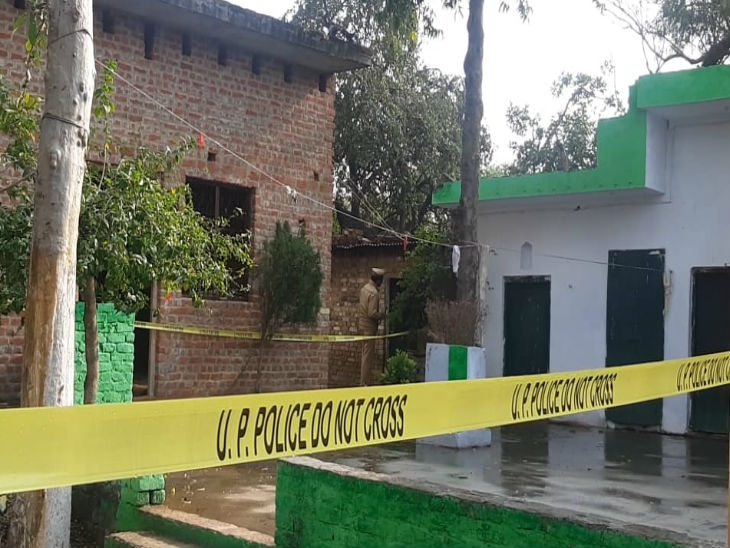 The police has completely sealed the scene.

Accused priest has also come home once or twice
The son said that the temple of the incident is 3 to 4 km from our house. Mother often visited the temple. Not only this, the accused priest Satyanarayana has also come home once or twice for the puja lesson, but never thought that he would do so. My mother was a religious person. She used to ask us to worship daily. The fast was also kept, but so much wrong was done with her. I just don’t want to see the accused alive. 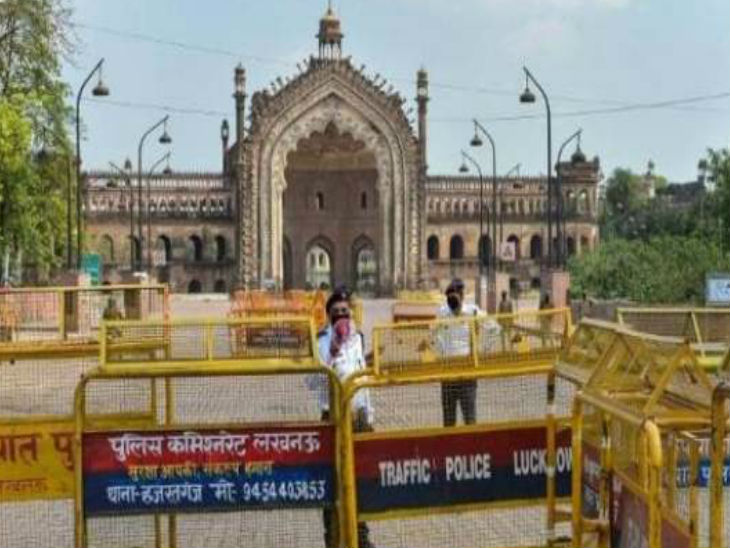 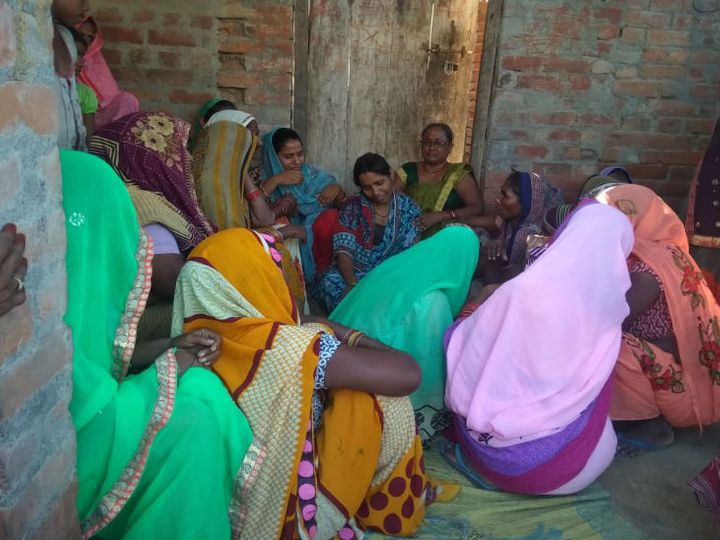 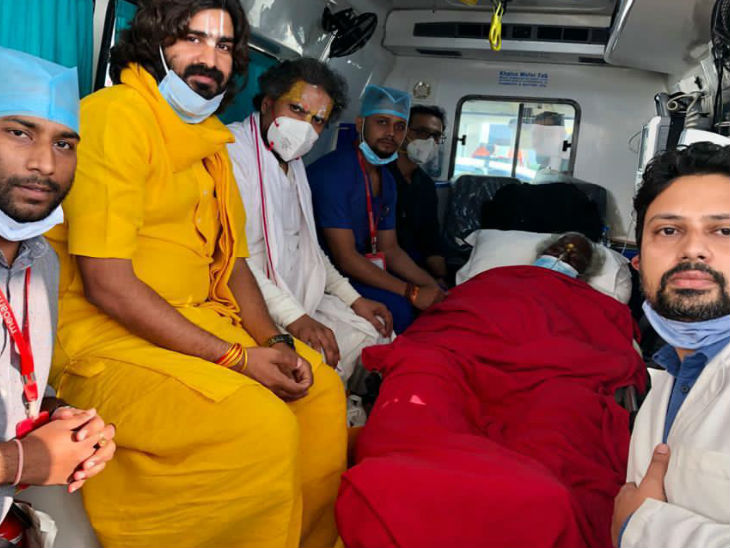