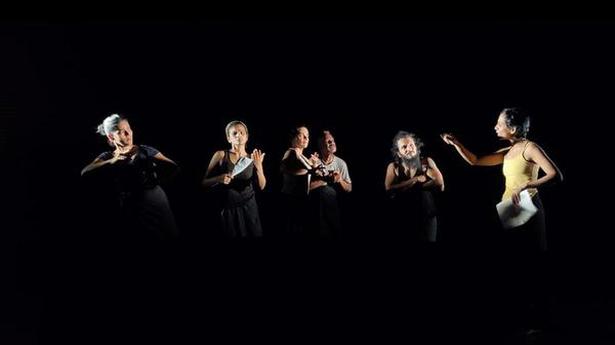 
The Adishakti theatre group is working on a new play that will seek to re-evaluate rape and the politics of power.

The main reference points of the production are the story of the Araja character in the Mahabharatha and the deconstruction of the Dandakaranyam episode by acclaimed Malayalam litterateur Sarah Joseph’s play, “Bhoomirakshasam” (Demonic Land).

“The play is a broad recreation of the original. Of course, we have taken the creative liberty to develop the script to suit our dialectics,” said Vinay Kumar, Adishakti Artistic Director.

The brief, but poignant, story of Araja (or Ara), the daughter of sage Shukracharya, which is deconstructed in Sarah Joseph’s work, interlocks with the central theme of Adishakti’s play on the power dynamics behind rape.

“We hope to keep the title of our play eponymous, but that is to be decided later,” he added.

In the episode from the epic, Araja is living with her father in the forests. Once, the king Danda passes by during a hunting foray and on seeing the beautiful adolescent lusts for her, but she spurns his advances. Burning with slight, fury and lust, the king rapes the young woman.

In another unjust occurrence, the entire kingdom burns down and is reduced to a wasteland for the act of its king on the curse of an incensed Shukracharya.

Rehearsals for the production, which will prominently feature music, have been apace over the six months of varying degrees of lockdown. This would also be Adishakti’s first creative venture after ‘Bali’ (2018) written and directed by Nimmy Raphel, which was a retelling of the various events leading up to the battle between Bali and Rama, and eventually, the former’s death.

The play will also interrogate the crime-punishment binary that often characterises the narrative around rape.

“A binary approach usually reflects extreme positions, including punitiveness of the opinionators who are disconnected from the incident, whereas the predicament of the survivor lies in between these ends and involves much more complex sweep of issues,” Vinay Kumar also said.

For the group of seven theatre artistes featuring in the production, the lockdown period had its benefits as well the flip side. While much of the creative processes going into the theatrical production benefited from fewer distractions during the lockdown, the flip side was that in the absence of support staff, the upkeep routine of the campus had to be shouldered by the artistes themselves.

“This lockdown period has been quite reflective for us as a theatre group,” said Ashiqa Salvan, artiste.

Though theatre groups across the country were turning towards online modes of showcasing their works, due to lack of opportunities and initiations to perform live to an audience, Adishakti preferred to keep the art form intact and intend to continue to make possibilities to perform in front of a live audience.

“For seven months straight the team has been living and working together in lockdown. Our campus was quarantined and our office was closed. But the work was still happening,” she said.

Meanwhile, registration is full for Adishakti’s flagship, ‘Source of Performance Energy’ residential training session scheduled for December, and it includes a few of the finest artistes from film and theatre.

Some time in January, a near-final theatrical version is to be staged for a select audience for feedback.

Adishakti hopes to premiere the play during the 2021 edition of the Remembering Veenapani Chawla theatre festival, an annual homage to its founder, that had to be cancelled this year because of the pandemic.

“Come April, we are intent on holding the festival even if it means a socially distanced audience and complying with a range of other SOPs,” Vinay Kumar said. 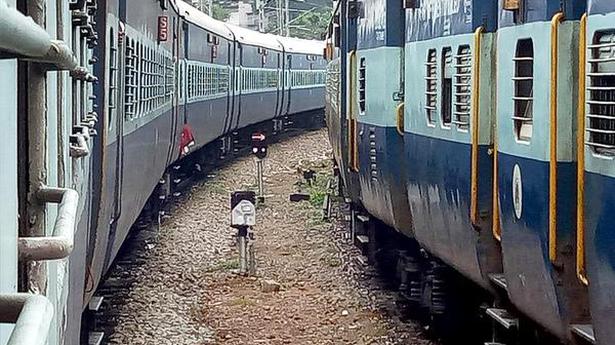 Revert to old system of property registration: HC to govt.