The door to the Audi opens, the seat is readied for the passenger: a pigeon swaddled inside a cardboard box. The injured bird has just been rescued off the street and is quickly being dispatched to the pigeon hospital for medical attention.

“A number of rescuers are particular that the bird travels in comfort and often send them in their luxury cars, or the most-high end option that Uber has,” says Vasanthraj Ranka, treasurer of this unique pigeon-only hospital in Rajaji Nagar, Bengaluru.

Launched in 2019, this is a project by Shree Shankheswar Parshwanath Jain Kabootar Daana Seva Samithi, an NGO that was started in 1990 by Pukhraj Ranka, Vasanthraj’s father.

The hospital created a buzz on social media recently when Shishira Suresh of RT Nagar, in Bengaluru, found an injured pigeon by the pavement. When she called the hospital, she was given detailed instructions on how to carefully pack the winged patient in a cardboard box, with ventilation and layers of old clothes for cushioning, before sending them the bird via Dunzo.

As it turns out, the hospital regularly tells callers to send injured birds to them via Dunzo, Ola, Uber, or Swiggy Genie. “Sometimes, in the absence of a cardboard box, a handbag works too,” says Shisira, as she discovered recently while rescuing another bird. “The Dunzo professional who came to pick up my delivery had experience in carrying pigeons. He said he had carried one to the same hospital a while ago,” she adds, clearly still fascinated by the whole process. “This arrangement makes things efficient and we are able to help more birds,” says Vasanthraj. Initially, they had a representative who went around town picking up pigeons in need of help. “We get calls from as far as 40 kilometres away and it was not possible for one person to cover such long distances in a day. We ended up saving just one or two birds that way. Then we realised that tying up with service providers is a better idea.”

How to help an injured bird

The NGO started as a means to feed pigeons. “My father would feed them 50 kilograms of jowar daily,” recalls Vasanthraj. Thousands of pigeons flocked in from the open skies. The numbers gradually increased, though it is difficult to record the exact number. Now, with donations pouring in, 15 sacks (each sack contains 50 kgs) of jowar are fed to the birds every day. Today, the hospital gets anything from 30 to 50 pigeons a day. “Some of them were getting cut by manja, and some were affected by mosquito bites also known as pigeon pox. Sometimes we receive eggs, but we haven’t been able to hatch them artificially,” Vasanthraj adds.

There are over 250 cages in the facility, where the birds recuperate for two to three weeks, after which, they can take to the skies again. 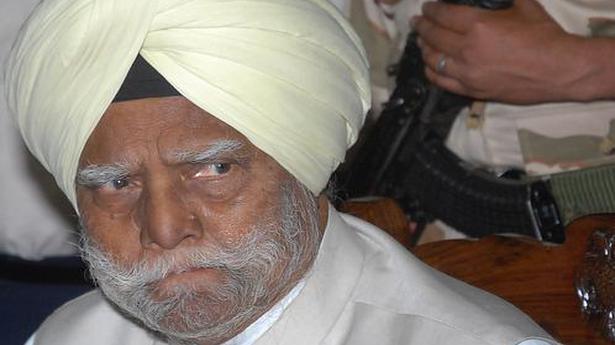