After a week-long awareness campaign by two NGOs to dissuade litterbugs from throwing trash on the flanks of NH 66 close to Netravathi Bridge, a green warrior has continued to wage lone battle against garbage dumping at the site.

Anti-Pollution Drive (APD) and Hasiru Dala had conducted the drive from January 18. Continuing the mission, this warrior stands on the flanks of NH 66 (just before the Netravathi Bridge from Ullal side) from 6 a.m. to 9 a.m. holding placards in Kannada and English, “Don’t throw garbage into the river,” even as several motorists wave at the warrior in recognition of his efforts.

Asked how long he would stand for hours together, Nagaraj Raghav Anchan from Bajal said, “Till the Mangaluru City Corporation installs CCTV cameras on about 1 km stretch from Kallapu to Netravathi Bridge.” MCC Commissioner Akshy Sridhar has told Mr. Anchan that tenders were floated for CCTV installation and the work would be done soon.

A Hasiru Dala warrior, Mr. Anchan runs a stationary material shop at Bajal and was also actively involved as recycling coordinator with Ocean Plastics. “I was already operated on my legs and the back when I was a sportsperson; yet I continue to accomplish the mission,” he said.

While people have almost stopped throwing garbage into the backwaters of Netravathi following the campaign, old trash continue to smear road flanks and riverbank. NGOs, including APD and Hasiru Dala, would undertake a clean-up drive coming Sunday to clear the backlog, Mr. Anchan said adding otherwise all the trash would join the river.

Many motorists from the suburbs travelling to Mangaluru in morning hours who used to throw garbage earlier, have stopped the same. They confess with Mr. Anchan that what they were doing was wrong.

Mr. Anchan said majority of litterbugs were working couples who would leave home early while garbage collection by local administration was done at around 11 a.m. The other reason was that local administrations were collecting ₹100 per month from households to lift garbage. He spoke to panchayats which agreed to collect the garbage fee while collecting property taxes. Ullal CMC was already doing this. “You feel the pinch when paying directly from the pocket; if it was indirectly collected, you won’t mind,” he reasoned.

Govt. urged to clean up Cauvery to avoid ‘Ganga-like’ situation 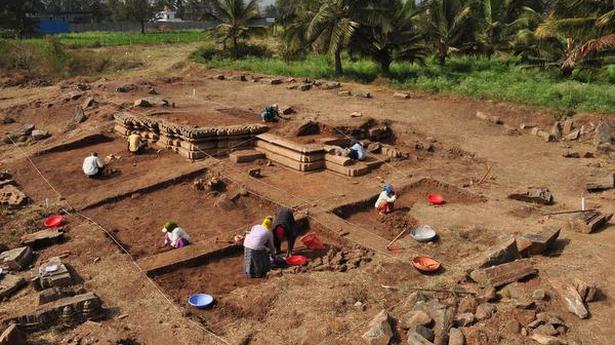 Excavation unravels remains of a Jain temple in Halebid