This volunteer group serves ginger tea to migrant workers, and other frontline personnel at the MGR Chennai Central Railway Station

Tea vendor M Suresh’s day starts earlier than most; his morning routine begins with boiling packets of milk, as he skins pieces of ginger to make tea. Making ginger tea is a family affair at his home in Pudupet where his pushcart lies waiting to be pushed out. Twice every alternate day, he heads to the MGR Chennai Central Railway Station to serve tea to migrant workers, police personnel, Railway officials and conservancy workers.

Guided by Chennai-based Srini Swaminathan, an independent consultant in the social development sector, Suresh is battle-ready, armed with steaming cups of ginger tea to help migrant workers in the case of a complete lockdown. Last year, during the exodus of migrant workers following the imposition of a nation-wide lockdown, Srini and his team of local food vendors managed to put together around 1,00,000 food kits and over 35,000 cups of ginger tea.

This time around, the situation is different because the numbers of migrant workers travelling to their hometowns are significantly less in comparison.Moreover, they are better prepared.“This year, we have been going on alternate days. But in the case of a complete lockdown, we are well prepared to help them,” says Suresh. If the need arises, the team is ready to provide food kits and other essentials as well.

And, why ginger tea? Srini says this story goes back to last year. When he was serving food outside Rajarathinam Stadium in Egmore, he observed a few migrant workers turning away tea vendors in cycles. “They had asked for tea but after knowing that one cup costs ₹10, they turned [the vendor] away. It is like how we crave filter coffee when we are in Bihar; they too must be craving tea.” Though the focus is on migrant workers, much like last year, Srini hopes to reach out to the homeless, and frontline workers as well. “I didn’t exhaust the funds from last year. I kept some balance with the food and tea vendors and told them when the time comes, we can use it,” says Srini. 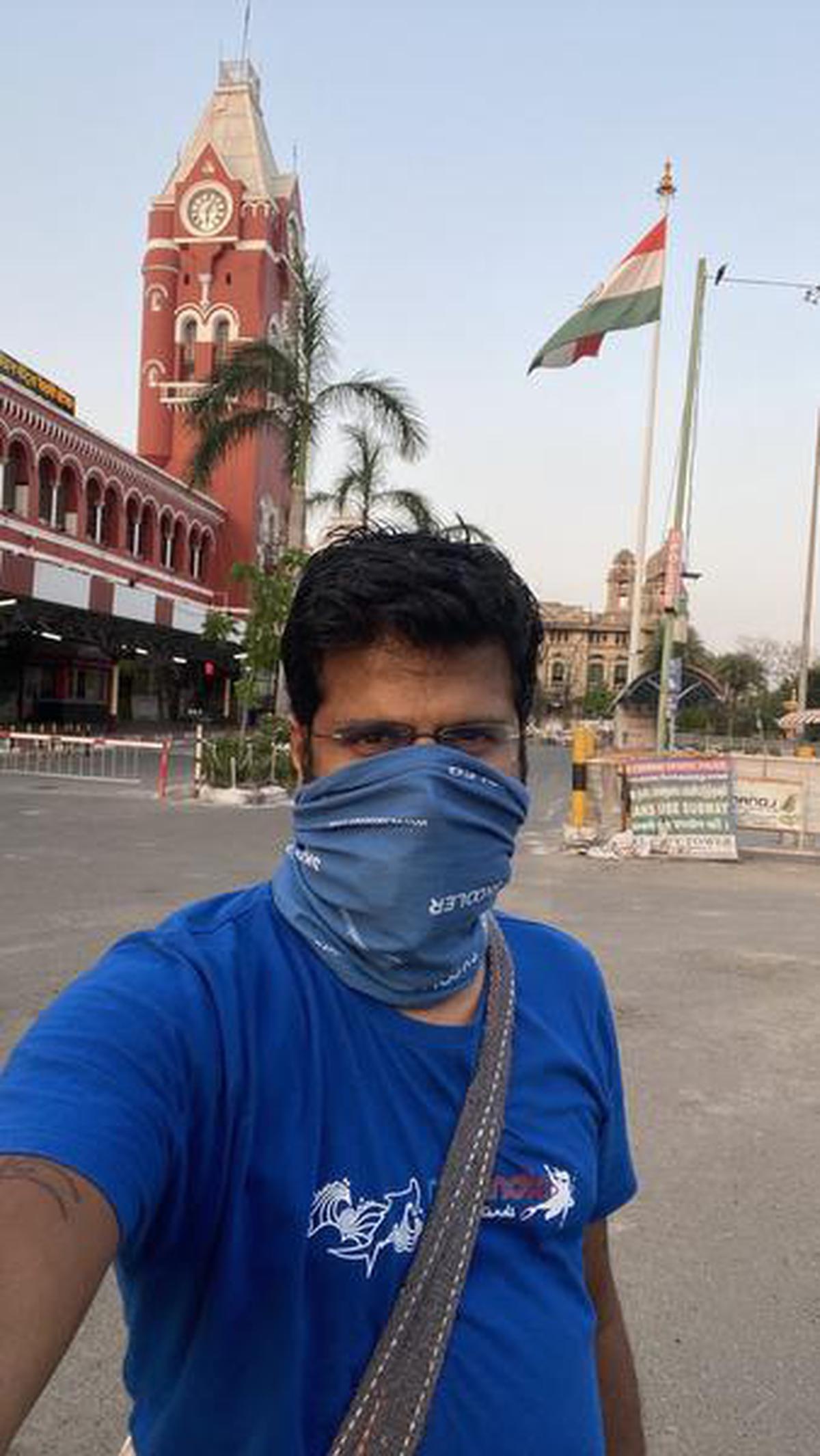 He adds: “The Greater Chennai Corporation has also drawn up a list of people around Tamil Nadu, and provided a name and e-mail address to which the migrant workers can reach out to if they wish to leave. The efforts have now shifted to what can we do to make them comfortable in our State. Such efforts are very welcome.”

He has now asked those who wish to donate to be on standby just in case the present situation worsens, or if funds run out. “Being a consistent presence is important and it helps them rely on you,” says Srini, adding “Showing up is 50% of serving.”