The event’s debut virtual outing boasts an enviable line up of speakers, including Noam Chomsky and Malala Yousafzai, and some fun tech

“Someone once described the Jaipur Literature Festival [JLF] as Monsoon Wedding meets the Hay Festival,” William Dalrymple tells me over a call from New Delhi. “Anyone who enjoys the Monsoon Wedding side of it — the colour, the spectacle and the crowds — will obviously miss that. But I think there have been compensations in the astonishing quality of the [300] speakers this year: Noam Chomsky, Malala Yousafzai, Joseph Stiglitz, Mark Haddon, Jonathan Safran Foer, Robert Macfarlane, Philip Pullman… for free! In the West, any one of them would be a $50 ticket,” says the writer, historian, and festival director (a title he shares with publisher Namita Gokhale).

We are discussing the 14th edition of the ‘greatest literary show on Earth’ going digital. Pre-pandemic, the annual bibliophiles’ pilgrimage had seen the Pink City come alive — with hotels booked months in advance, students camping out at railway stations, and visitors scrambling between jam-packed sessions and book signings. Evenings had buzzed with performances, special tours, and exclusive dinners. But 2021 is seeing the 10-day festival exchanging the physical grounds of the Diggi Palace for a 3D rendition of it.

“The biggest challenge was how to capture the essence of JLF,” says Sanjoy K Roy, festival producer and managing director of Teamwork Arts, an entertainment company. For starters, they’ve tried to keep it as visual as possible. “We have the entrance of the Diggi Palace pictured on our website’s landing page. Enter it to choose between sessions on the front lawn or the Durbar Hall, and 3D renditions will show you the path [to your destination]. Once there, you will enter the screen box where the sessions happen.” While some will be recorded live — such as conversations with satirist Craig Brown and art critic Ranjit Hoskote — others sessions will be on Zoom and a few will be pre-recorded. Guests can also choose to hear applause by clicking on a button. “The idea is to give as close an experience as possible to Diggi,” adds Roy.

The last few months were spent navigating the online space, and putting into practice the learnings they had taken away from the “series of digital conversations” — such as JLF Brave New World (April) — that they had organised in 2020. “[We had to tackle questions like] how do we reach people? How do we manage the algorithms that all the social media channels put out? How do we number crunch and get good data from the people who visit? We’ve been able to convert all of that learning and use it for JLF, to target our audience better,” says Roy, adding that in many ways, they also went back to their roots in television “because it is really about creating hundreds of hours of programming”. An advantage of going virtual: the festival is accessible to different audiences. “Our third or fourth highest audience internationally is from Germany. We’ve never spent any money marketing there.”

What about virtual reality, which music festivals such as Burning Man had used last year? “Teamwork Arts did that for Fables of the Earth, an exhibition and sale held last August as a fundraiser for artists and artisans. But for most audiences, negotiating something like that is not necessarily easy,” he says, adding that they have tried to make the festival as phone-friendly as possible, “because 70% of the audience will access JLF on their phones”.

Roy is certain JLF’s future will include digital events. “I don’t think we’re getting out of the digital aspect of it. For example, on the front lawn, on an average there used to be about 14,000 people. Today, an average session has 29,000 to 32,000 people online. You can’t beat the statistics anymore.”

Meanwhile, for Dalrymple, the absence of the physical — which takes away concerns of travel, accommodation and the like — has meant he’s been able to onboard speakers that he’s been trying forever to get. “Even by usual JLF standards, these are incredible names,” he says. “Just take the Harvard crew. Vincent Brown, who was the finalist in The Cundill History Prixe for his amazing book [Tacky’s Revolt: The Story of an Atlantic Slave War]; Michael Sandel, who probably has the highest profile of all the Harvard professors with his amazing TV presentations on law and ethics; and Michael Puett [who teaches Chinese history and anthropology], the single most popular professor at Harvard.”

From February 19-28. Register on jaipurliteraturefestival.org 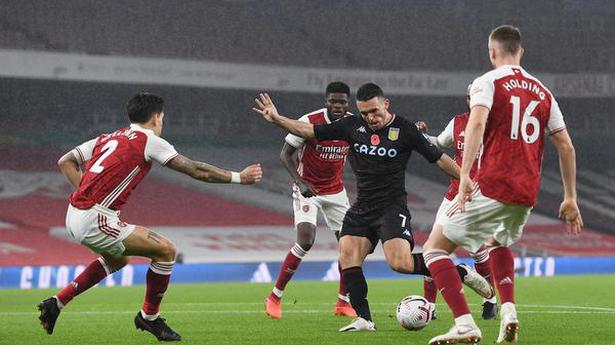