Police suspect a gas leak in the kitchen led to the cylinder exploding, and in the blast, the entire house was damaged

Two women and an eight-year-old boy were killed and four others critically injured after a wall collapsed due to an LPG cylinder blast in Arni, Tiruvannamalai district on Sunday morning.

The victims have been identified as Kamakshi (38), her son Hemanth (8) and their neighbour Chandrammal (59). The injured, two of whom sustained burns due to the explosion, have been admitted to Government Vellore Medical College Hospital. The police have registered a case and further investigations are on.

According to police, Muktha Bai (55), owns a house on Pudhukamur Road in Arni town. She lives with her daughter Meera (15) in the house. She had let out an adjacent room on rent to Janakiraman (40) and his family comprising his wife Kamakshi and sons Suresh (15) and Hemanth. “A very weak wall separates the two houses and another neighbour of Muktha Bai was Chandrammal,” said a police officer.

On Saturday night, since it was raining heavily, Muktha is suspected to have closed her kitchen windows before going to sleep. “It is suspected that there was a gas leak in the kitchen and on Sunday morning when she attempted to light the stove without opening the windows, the cylinder exploded,” said a police officer.

In the impact, the entire house was damaged and the walls collapsed. “On one side it fell on Janakiraman and her family and another wall fell on Chandrammal who was sleeping in her house. While Kamakshi, Hemanth and Chandrammal died in the collapse, Mukthabai suffered 90 per cent burns and Meera sustained 50 per cent burn injuries. Janakiraman was also injured and his son Suresh suffered a fracture,” said a police officer.

The Arni town police have registered a case. Further investigations are on. 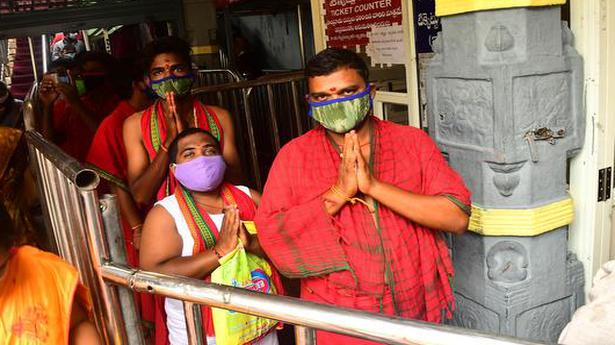 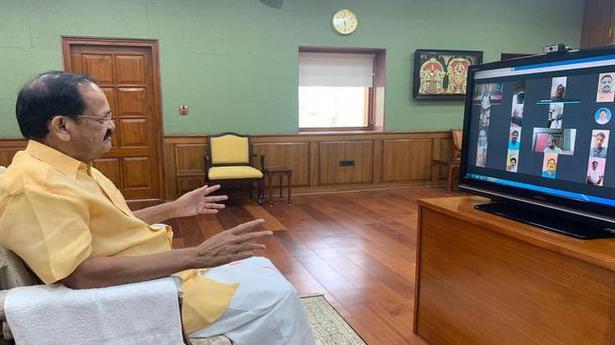 People need to abide by norms to beat COVID: Venkaiah