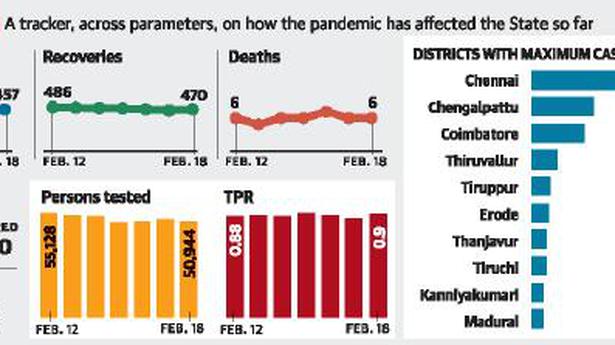 24 districts report fewer than 10 cases each; six more persons succumb to the infection

Ariyalur, Kallakurichi and Perambalur had no new case, while districts including Madurai and Salem logged cases in single digits. A total of 138 persons tested positive for the infection in Chennai, and 48 and 40 in Chengalpattu and Coimbatore respectively. Tiruvallur saw 34 cases, while Erode and Kancheepuram recorded 19 each. Those testing positive included two returnees from Maharashtra and one from Bihar.

Another 470 persons were discharged after treatment, taking the total figure to 8,30,320. Six more persons — two in private hospitals and four in government facilities — succumbed to the infection. Chennai recorded four deaths, while Tiruvallur and Tiruchi saw one each. Till date, 12,444 persons have died in the State.

Three more returnees from the U.K. have tested positive for COVID-19. Their samples have been sent for whole genome sequencing to check for the U.K. variant of the virus.

Till date, 34 U.K. returnees have tested positive for the infection in the State. Of them, six are under treatment in separate isolation wards, while the remaining have tested negative on follow-up RT-PCR testing, and have been discharged and are under home quarantine.

A total of 20,440 persons — 14,813 healthcare workers, 3,500 frontline staff and 2,127 police personnel — were vaccinated on Thursday. Of these, 14,354 received the first dose, while the remaining 6,086 got the second. According to a daily report issued by the Directorate of Public Health and Preventive Medicine, a total of 3,29,583 persons have been inoculated till date in the State. Vaccination was carried out in 663 sessions, with a total capacity of 94,307. 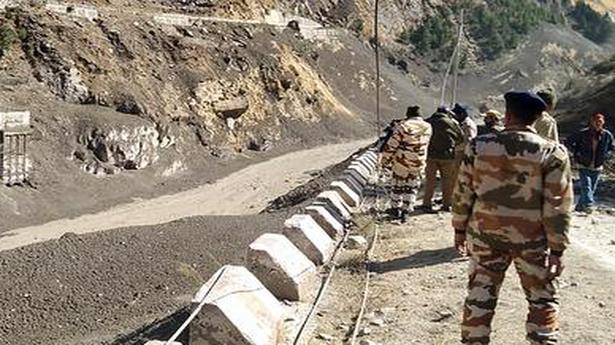 No link between Char Dham road-widening project in Uttarakhand and flash floods, govt. says in SC 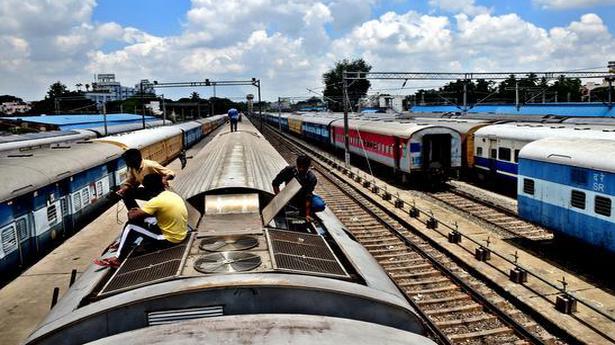