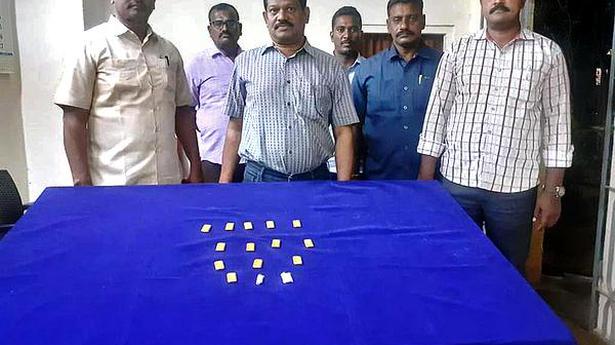 
The city police task force seized gold biscuits weighing 1.639 kg from three persons —Sk. Naveed Basha, Md. Ghouse and Sk. Ibrahim —near the airport at Gannavaram on Tuesday. The estimated market value of the seized gold would be around ₹80 lakh, the police said.

The accused could not produce any bills for the gold which they were carrying in an SUV. The police intercepted the vehicle.

According to a release, Basha allegedly smuggled the gold from Dubai and reached Vijayawada airport. His two accomplices picked him up and they had plans go to Kadapa with the gold.

All the accused were taken into custody. Investigation into the case in under way. 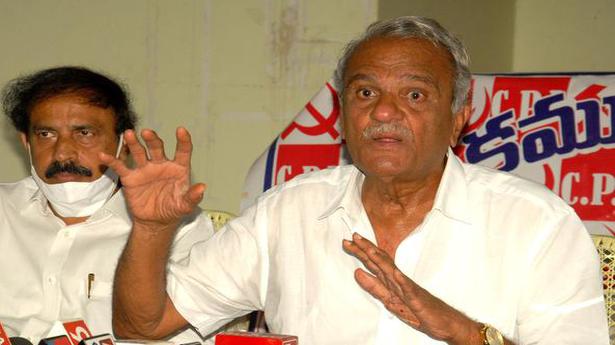 Treat floods in A.P. and Telangana as national calamity: Narayana 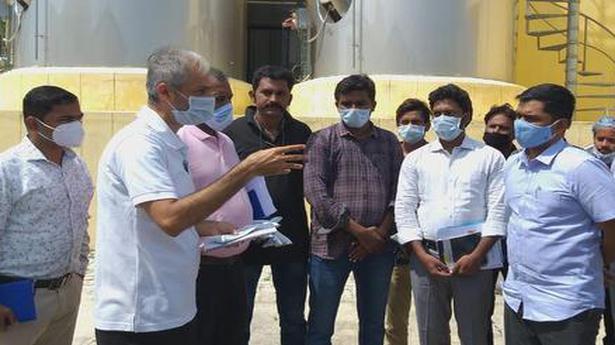