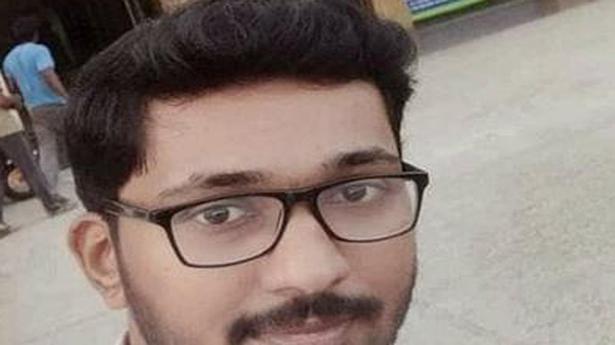 
The family of N. Lokesh Kumar, a first year postgraduate student of Madras Medical College/Rajiv Gandhi Government General Hospital, who was found dead in a hotel room during his quarantine period last October, has been waiting for over three months to know what caused his death. After a lot of difficulty, they managed to get their hands on the autopsy report that has indicated the cause of death as “complications of pneumonia”, but have not heard an official word so far.

With the documents in hand, the family, along with a section of doctors, is demanding that the State government declare that he died owing to COVID-19 to respect his work.

The doctor, on completion of COVID-19 duty at RGGGH, was quarantined at a hotel where he was found dead on October 26, 2020. “When I spoke to him on the phone at about 6.45 p.m. on October 25, he said he had mild fever and had given a swab for testing. He spoke to our mother at 8.30 p.m. and that was the last time we heard from him. Our calls made to him the next day went unanswered,” said Poornima Harikarthick, sister of Dr. Kumar.

A resident of Salem, Dr. Kumar had joined MMC on June 26 after securing a seat in the second round of counselling. He initially joined Madurai Medical College.

“First, they said it was a case of suicide. But we believed he had no reasons for doing so. We tried to check the swab result but doctors said it was negative for COVID-19. After difficulty, we managed to get his reports, including those of post-mortem, histopathology and viscera analysis. There was no evidence of suicide, and the documents show that he died due to pneumonia, while the CT scan found his lungs affected. We approached the hospital dean 10 days ago but he said he would look into the reports again,” she said.

According to documents obtained by the family, a post-mortem whole body CT study on October 27 showed extensive bilateral bronchopneumonia with right lower lobe consolidation. The post-mortem report noted that both lungs were oedematous. “The right lung appeared oedematous, dark brown in colour with pneumonic consolidation changes noted over the anterior and lateral part of upper lobe, entire middle and lower lobe.”

No drug or poison

A chemical analysis detected no drug or other poison. Histopathological examination of lungs said there was pulmonary edema and interstitial haemorrhage.

In the final opinion of November 10, forensic medicine doctors concluded that “based on autopsy findings and histopathological reports of tissue bits, the deceased appears to have died due to complications of pneumonia”.

Sources at the hospital said the initial findings soon after autopsy indicated COVID-19 pneumonia. But official sources said the reports of the forensic medicine, pathology and radiology departments were “discordant”. “Till date, we have to face questions on whether Lokesh died of suicide. Why cannot the government declare his cause of death? He was on COVID-19 duty. The compensation is only secondary. What hurts is the lack of respect and recognition for his sacrifice,” Ms. Harikarthick said.

G. Ravindranath, general secretary, Doctors Association for Social Equality, said that unless proved otherwise, death during the pandemic should be considered as due to COVID-19.

Similarly, A. Ramalingam, convener of the Federation of Government Doctors Association, said, “This is about a healthcare worker who was on COVID-19 duty. Autopsy indicates pneumonia, and it should be considered as COVID-19.”

RGGGH dean E. Theranirajan said, “A report from the directors of Pathology, Radiology and Forensic Medicine has been submitted to the Directorate of Medical Education in a sealed cover for further action.” 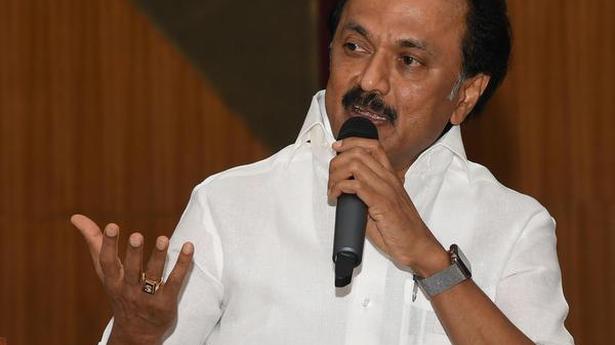 Murder turns out to be supari killing