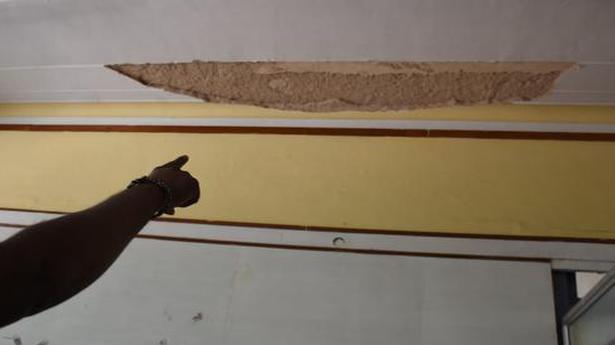 
Three students of Maharaja’s College, a constituent college of University of Mysore, suffered minor injuries after a portion of the ceiling plastering collapsed on them when their class was in progress on Wednesday.

The students were rushed to a private hospital and provided treatment as out-patients. One of the students, who had an injury on his head, underwent scanning and his report was said to be normal.

The students belonged to the Department of Forensic Science and Criminology and their degree class was being conducted on the first floor of the two-storey building, which, according to officials of the University of Mysore, was more than a century old.

The injured students were Vishal, Salim and Yeshwanth, and the incident took place around 11.30 a.m.

Vice-Chancellor G Hemanth Kumar, who visited the hospital and enquired about the students’ health, has told the college principal to shift all classes run in the building to another building (possibly the University Evening College building) until further instructions.

“The building where the incident took place was identified for renovation and the works were supposed to be carried out on the ground floor soon. All suitable measures will be taken for the safety of students. The university engineers have been called this evening for a meeting on the steps to be taken for strengthening the buildings,” he told The Hindu.

Meanwhile, the VC has asked the University engineering division to conduct an audit of all the University buildings that are 100 years old and submit a report to him soon for the next course of action.

As the buildings are heritage properties of Mysuru, they could be conserved only as per the guidelines prepared for the conservation of such buildings, and without altering the heritage value.

Registrar Shivappa, who inspected the classroom where the incident happened, said three students are doing fine and there was no need to worry. “The college students need not worry as all suitable steps are being taken,” he added. 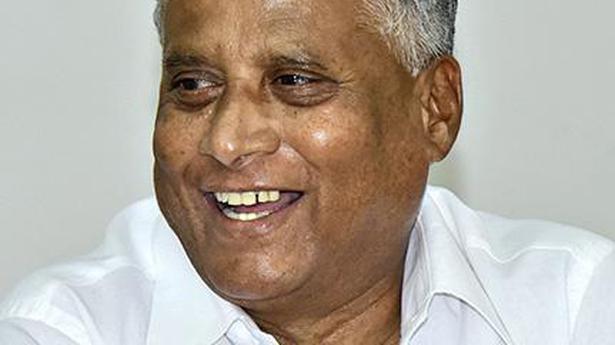 ‘Convene meeting of MLAs to distribute right of records’