Raising concerns about the safety of passengers aboard trains, three women were drugged and robbed of their belongings while travelling in the Hazrat Nizamuddin-Thiruvananthapuram Central Superfast Express.

The incident came to light when Railway Protection Force (RPF) officers found the victims in a disoriented state inside a sleeper-class compartment of the train when it reached Thiruvananthapuram Central during the early hours of Sunday.

The Railway Police, which have registered a case, identified the victims as Vijayalakshmi and her daughter Aishwarya from Thiruvalla and Kousalya of Tamil Nadu. While the mother-daughter duo who have settled in Agra were supposed to disembark at Kayamkulam, Kousalya was supposed to get down at Aluva.

According to an official, 10 sovereigns of gold and two mobile phones were reported to have been stolen. Vijayalakshmi told the police that they had bought food and water when the train had reached the Salem Junction railway station. After having supper, they slept while the train reached Coimbatore only to regain consciousness when the train reached Thiruvananthapuram.

The victims identified a fellow traveller, Aksar Bagsha, from a set of photos of habitual offenders that the RPF showed them. Officials raised the possibility of the suspect replacing the victims’ water with sedative-laced water while they had gone to the bathroom.

RPF sources said that Aksar had been arrested in similar cases. While no such instance had been reported in Kerala in the recent past, authorities detected a case of passengers being drugged and looted in Nagercoil six months ago.

The Railway Police recorded the statements of the victims and are examining the passengers’ list. The victims were discharged in the afternoon after treatment at General Hospital. Their blood samples were collected to ascertain the presence of drugs. 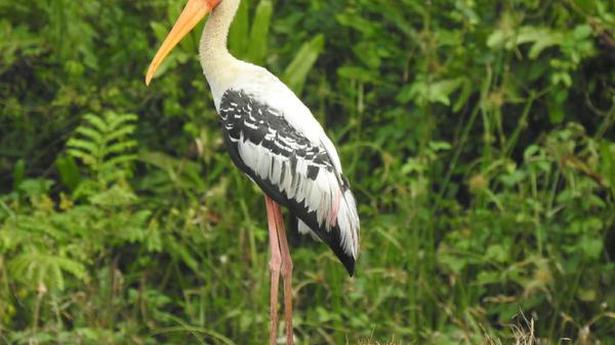 Count of water birds in Thiruvananthapuram goes up by 36%