The stage is set for the conduct of gram panchayat elections amid tight security in Kavali division of SPSR Nellore district and Ongole division in Prakasam district on Tuesday.

“’We have taken all precautions, including sanitising of polling booths and supply of face masks and hand sanitisers in view of the COVID-19 health protocol,” said Nellore District Panchayat Officer Dhanalakshmi while overseeing the sending of men and material for the local body elections for 137 sarpanch and 1,024 ward member posts. Only single nomination has been received for 27 sarpanch and 550 ward member seats in the division.

Instructions were issued for maintaining physical distancing during the polling to be held between 6.30 a.m. and 3.30 p.m.

The candidates backed by the ruling YSR Congress Party are going all out to repeat the poll performance of 2019 in the two districts, while the opposition TDP is leaving no stone unturned to ensure that the aspirants supported by the party bagged as many as sarpanch and ward member seats.

For the first time in 33 years, Bonigala Elisamma, the candidate backed by the YSRCP was the lone nomination received for the sarpanch post in Medermetla, the native village of Tirumala Tirupati Devasthanams Chairman Y.V. Subba Reddy. The 16 ward member seats in the village were decided unanimously, thanks to a good following for the former Ongole MP in his stronghold.

Prakasam district SP Siddharth Kaushal said strong police security was in place so that the people can exercise their right to vote freely and fearlessly. As per the government orders, all liquor shops were closed on the poll eve. Stern action would be taken against anyone found violating the election code of conduct, he said while overseeing the security arrangements for the local body elections. Any violation of the poll code could be communicated by dialling 100. 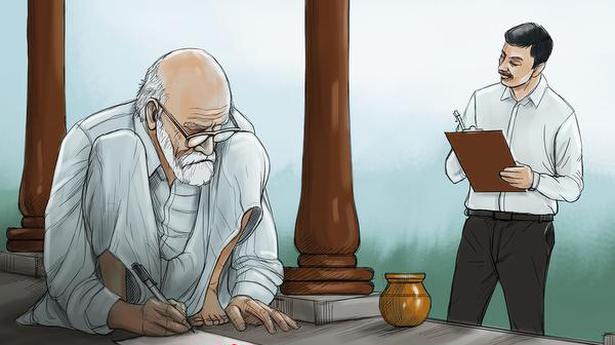 Here is how you can cast a postal vote

SC allows Kappan to see his mother via videoconference