Even as the oldest democracy in the world tries to fathom the damage inflicted upon itself and its various institutions by the recent assault on Capitol Hill, there are lessons that other democracies like ours, the largest one, could well do to learn. Reportedly, not only
was the first fatality in the storming of the Hill ,a woman who was a veteran of the armed forces, but some from the active police force appeared sympathetic to those they were expected to discipline and intelligence appeared to point to this being a wider phenomenon

That the military leadership was disturbed by these events, and concerned at the influence of possible anti-nationalist sentiments in the military, is underlined by the fact that following the event, the Joint Chiefs of Staff thought fit to write a joint letter addressed to
all personnel under their respective commands, counselling: ‘As Service Members, we must embody the values and ideals of the Nation. We support and defend the Constitution. Any act to disrupt the Constitutional process is not only against our traditions, values, and oath, it is against the law.’

If the US political leadership is now surprised , they would do well to reflect on the warning signals that they had so obviously missed, possibly due to the very partisan political climate prevalent. In June, the Chairman Joint Chiefs of Staff, Gen Milley in a speech at the National Defence University had expressed regret for walking with
President Trump through Lafayette Square during public protests after the death of George Floyd. He admitted that these photos sparked a national debate about the role of the military in civil society and emphasised,’ we must hold dear the principle of an
apolitical military that is so deeply rooted in the very essence of our republic.’ Further, in August in written responses to questions posed by two Democratic members of the House Armed Services Committee, he stated :“I believe deeply in the principle of an
apolitical U.S. military.”

One lesson that clearly emerges is that no matter how robust democracies may appear to be, they tend to be fragile if the various institutions begin to take them for granted.

Closer home, it is perhaps time for the institutions of our own democracy to introspect and be wary of signs that may not augur well for our democracy’s future. A major area relates to civil-military relations, where of late many disturbing happenings, appear to point towards some of our institutions damaging the spirit underlying an ‘apolitical military’.

Flagging successful military operations to score political points on the electoral battlefield is a prominent one, as are unsubstantiated claims of corruption in relation to defence procurements and private sector involvement. Public debate, on the basis of private communications between individuals, insinuating compromising of top security missions, without these being substantiated, instils within the armed forces a sense of being made sacrificial lambs. And even as there is news of a fresh face-off on the LAC at Naku La in North Sikkim, another demeaning arrow on the electoral battlefield comes the way of the military when the public is told that if the farmers and labourers are strong, India would not need to deploy the armed forces at the Indo-China frontline !

Every comment made casually is magnified in the social media and keenly noted by those ,who against heavy odds, guard our air, land and sea frontiers and each will draw his or her own conclusions. It is time for institutions of Indian democracy to pause and reflect and unlike the oldest democracy, let the largest one act before it is too late.

Resurrection: Can the country learn from Team India to usher in a bright 2021? 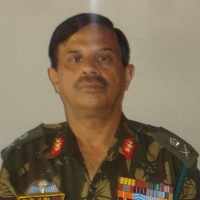 The India-China standoff is fast spiralling beyond point of return: Wargaming the battle & outcome – Part 2 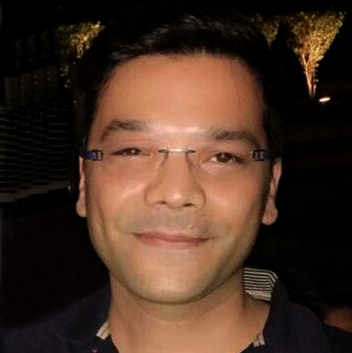 ‘What is the protection that farmers have? … make it “One Nation, One Market, One MSP”, everything will be settled’