The Tiruvarur police on Sunday publicly dismissed the allegations of excess made against them by Opposition parties in connection with arrests during the tractor rally organised by the All India Kisan Sangarsh Coordination Committee’s district unit on Republic Day.

The police made a public statement dismissing the charges at the venue the Opposition parties organised a joint demonstration here on Sunday demanding the release of three arrested persons. They belong to the Dravida Munnetra Kazahgam, the Communist Party of India and the Communist Party of India (Marxists) and were charged with unlawful assembly, causing damage to public property, preventing police personnel from executing their duty, attempt to murder and uttering unparliamentary words.

While addressing the demonstrators, R. Mutharasan, State secretary, CPI, said he had received information that a senior police officer in Tiruvarur, who is a sympathiser of the Rashtriya Swayamsevak Sangh, had induced the police to act against the protesting farmers.

Speaking on the occasion, K. Ponmudi, DMK deputy general secretary and former minister, said everyone should understand that the ongoing protests were not just for safeguarding the interests of the agriculturalists but also for that of the the consumers. Hence, it had become necessary to intensify the stir, he added.

The demonstrators raised slogans condemning the police and demanded that the cases foisted against the participants be withdrawn. When the participants were about to disperse, the police arrived and read out their statement. The statement said the rally was held overlooking the fact that police permission had not been granted for the event. 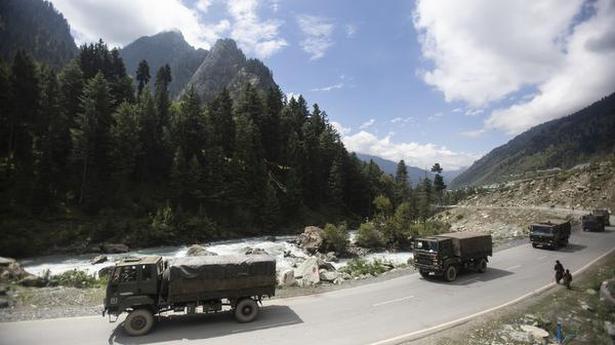 ‘AIADMK departed from tradition in view of prevailing situation’