Sometime last year, during a book launch, I was interacting with a European author after his eloquent talk when he asked me if my name meant ‘that yellow-coloured soft sweet that’s eaten in the mornings’. I was already a fan of malaiyo, which fits the description, but could not for the life of me figure out why he had referred to my name.

Then, a few weeks later, a friend asked if my name derived from the Lucknowi dish available only during the winters. A sweet similar to the Daulat ki Chaat she had eaten in Old Delhi, she said. Vir Sanghvi’s account of the street food festival in Delhi, where Varanasi took the honours, had prompted her question. By this time, I was intrigued and looked up malaiyo, Daulat ki Chaat and, of course, nimish. It turns out the dish has a fourth name too — malai makhan.

Ashish Mamgain writes in an article titled ‘If you could eat the clouds…’ that “the same ‘chaat’ is available in other parts of north India, but it goes by different names, such as malai makhan in Kanpur, malaiyo in Varanasi, and nimish in Lucknow”. In love with the sweet, he says, “The moment you put it in your mouth, it just melts away. So much so, that a person trying it for the very first time is very likely to be left bemused.” Another writer, Sabyasachi Roy Choudhury, says, “The dish has subtle differences from place to place. Silver foil, rose water and mawa are some ingredients in these variations.”

Chand Sur and Sunita Kohli in The Lucknow Cookbook describe nimish as a “famous and unique Lucknow speciality.” “The basic preparation of nimish is when milk is poured into large flat pans and left in the open before dawn. When the early morning dew falls on the milk, it creates a froth which is as light as air,” they say. The dish, however, does not find mention in Mirza Jafar Husain’s The Classic Cuisine of Lucknow: A Food Memoir.

A conversation with another friend who has grown up in Old Delhi reaffirmed what I had found earlier on the web — that the ‘cloud’ disappeared some years ago and has made a comeback of sorts in recent times. Food writer Rahul Verma enjoyed it at Jashn-e-Rekhta, a festival celebrating Urdu, and described it as “the best dessert in the world”. 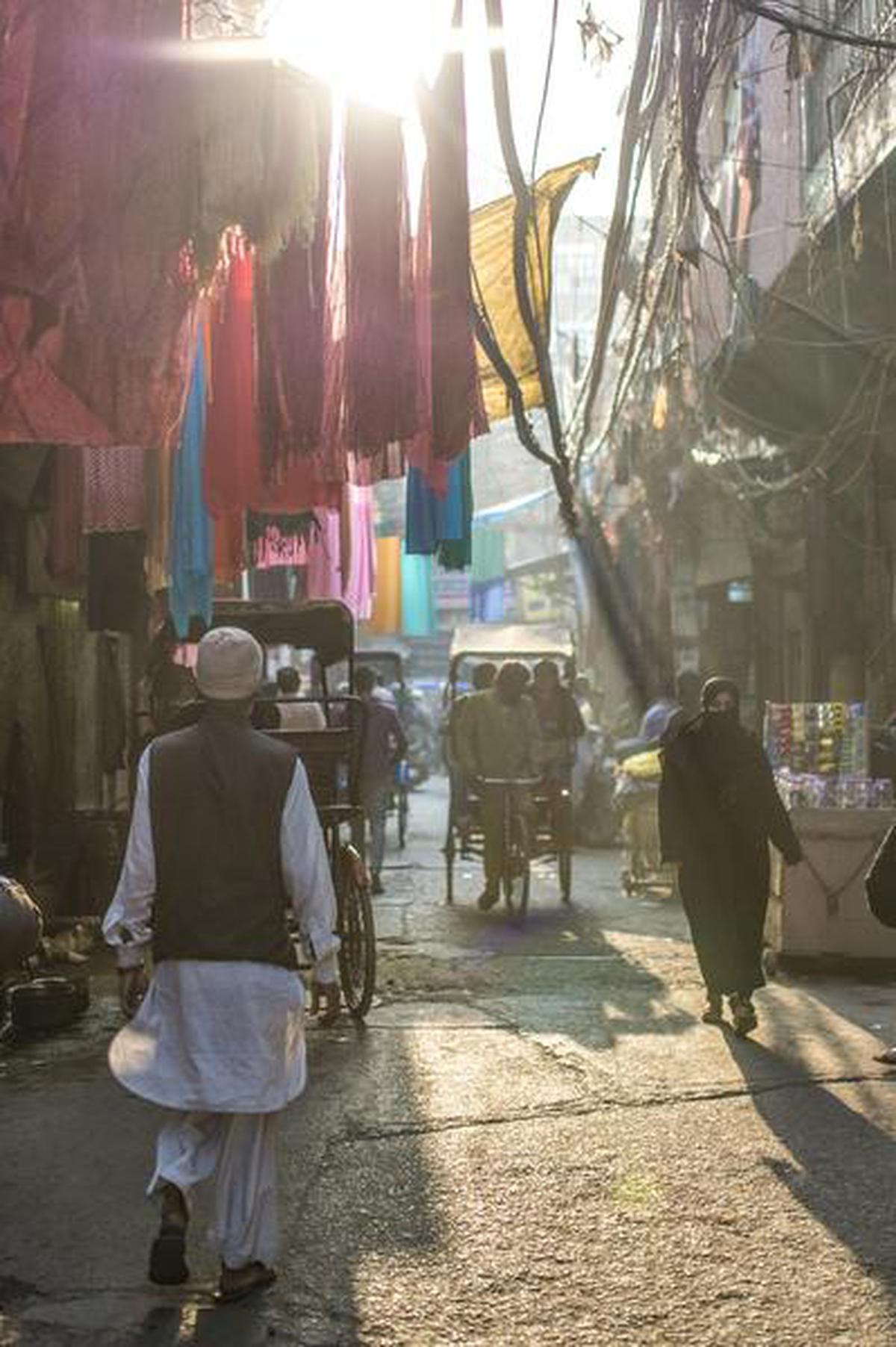 In Varanasi, I spoke with Somnathbhai in between his brisk sales of malaiyo near Chowk. As he handed over the “cloud” in kulhads to customers, he spoke of how Chowk and Chowkhamba — the heart of Varanasi — continue to be the localities in town for malaiyo. The season for malaiyo is the period between Diwali and Shivratri. But apparently, sales begin to dip after Makar Sankranti. As we extended our empty kulhads for a refill, this time with milk, Somnathbhai proudly declared that he had introduced flavours like chocolate and strawberry and was now getting party orders during the ‘season’. The cost of a serving, at ₹30 or ₹50 depending on size, includes the refill with milk.

I can savour malaiyo before breakfast, after breakfast, and both before and after breakfast. In each of these scenarios, I usually end up in silent contentment. I am yet to figure out how a dish that appears so light gives so much satisfaction. Maybe there’s a message here.

Not everyone is crazy about it though. One friend was somewhat apprehensive of the quality of milk and the methods used to make the dish today, while students at a school on the town’s outskirts had not even tasted the dish. Other friends in Varanasi insist that although some shops now serve it through the day, the asli (real) stuff is available only in the mornings.

In her mouth-watering book, Korma, Kheer and Kismet: Five Seasons in Old Delhi, Scottish journalist Pamela Timms writes this about malaiyo: “It resembles uncooked meringue and the taste is shocking in its subtlety, more molecular gastronomy than raunchy street food, a light foam that disappears instantly on the tongue, leaving behind the merest hint of sweetness, cream, saffron, sugar and nuts; tantalizing, almost not there. I’ve often wondered if it is a preview of what might be on the menu should we make it as far as the pearly gates.” I quite agree.

The writer is a history buff and avid blogger.

‘Among Us’ online game hit with massive spam attack